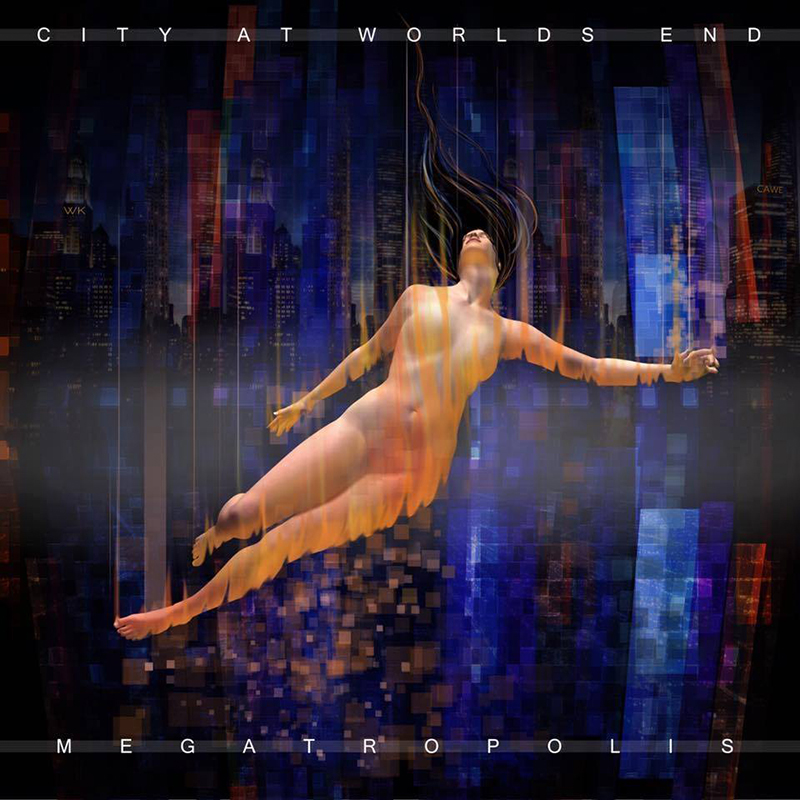 City at World’s End describes its music as a “single man sci-fi melodic techstep project made from the fractured dreams of androids, cyber-city frequencies, and pure cyberian dreamscapes.” Cyberian isn’t a word, and if the rest of those words mean nothing to you and you’re busy deciphering it, go ahead and stop. Megatropolis cures any headache you’ll create for yourself by immersing you in the throes of high-strung nightlife.

Bear with me for this touchpoint: The best reference I have for Megatropolis is exactly half the soundtrack to the 2012 masterpiece FTL: Faster Than Light, which was composed by Ben Prunty. I say half because FTL dynamically ratchets up the tension through its music whenever you engage in its space battles, and Metropolis is occupied by this abstract sense of conflict. Half the time in FTL you fly through space against low-tension, relaxing space synths, and then, whenever a hostile ship approaches, new instruments emerge and existing ones gain intensity. It’s an effective way to exacerbate tension. Megatropolis isn’t built for the exact same effect, but like Prunty’s work, it chooses when to foreground restrained tonal shifts. A high-BPM track like “fiberline traveller” can feel overbearing one moment and restrained the next. “magnetro sky” reins in its underlying beats for moments of brief respite. “hoverboarding tripmines” is a synth minefield of moment-to-moment shifts in instrumentation, a kind of whiplash. It’s like taking a night drive in a city you’ve never been to.

All this is accomplished in a way that feels decidedly cyberpunk. “Cyberian” might not be a word, but it’s a more personable stand-in for the essence of cyberpunk—alienation wrought in a world increasingly reliant on technologies that stress class stratification. It’s scrappy, grungy and ethereal, offering a sense of place. And perhaps Megatropolis works because it’s produced by just one person. Words and phrases like “techstep” and “cyberian dreamscape” obfuscate Megatropolis’ core desperation for that of cyberpunk’s—a sense of connection in a hyper-connected world. Though it indulges a fantasy, it’s not a bright one, and Megatropolis conjures a dystopia to match. Download the album via bandcamp at cityatworldsend.bandcamp.com or listen on Spotify. –Parker Scott Mortensen