Local Review: Deathblow – The Other Side of Darkness 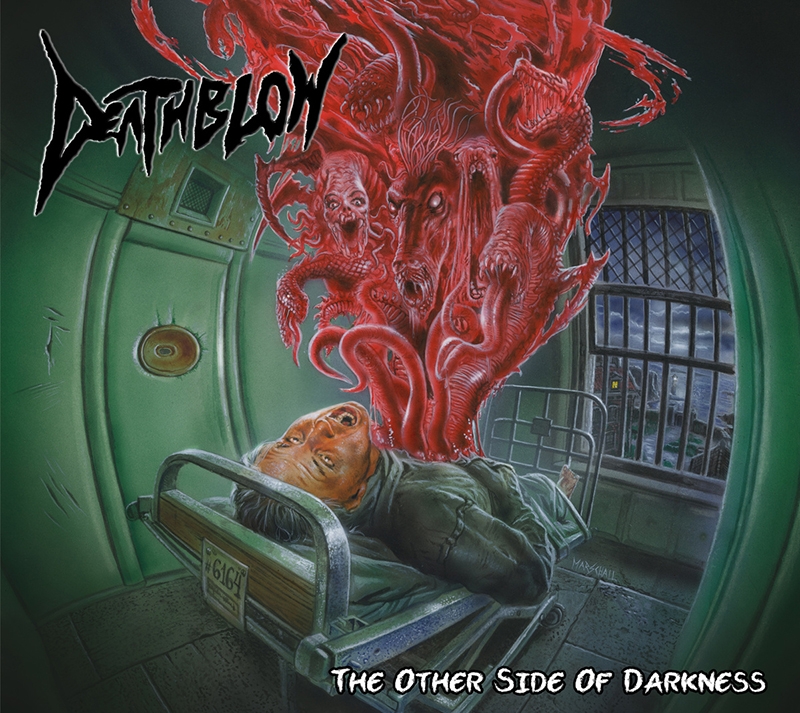 Deathblow
The Other Side of Darkness
Self-Released
Street: 04.21
Deathblow = Kreator + Destruction + Sodom

Deathblow went big on all fronts with The Other Side of Darkness. The EP features cover art by Andreas Marschall, who has not only been responsible for album covers from German thrash greats Kreator, Destruction and Sodom but so many other huge metal albums, including one of my favorite album covers ever, Immolation’s Close to a World Below. The EP’s imagery fits well because the five tracks here do inspire that ugly creature growing out of yourself when at your most insane. The songs here are a hell of a lot faster than anything Deathblow have done. “Beyond Obsession” and “Headless Throne” are prime examples of the massive speed that they deliver. Andy Patterson produced the band’s full-length and has helped improve upon/recreate the band’s live sound. It’s clear as hell, but retains the raw edge that a thrash band needs. Deathblow make the thrash gods of speed, precision and intensity smile upon SLC. –Bryer Wharton