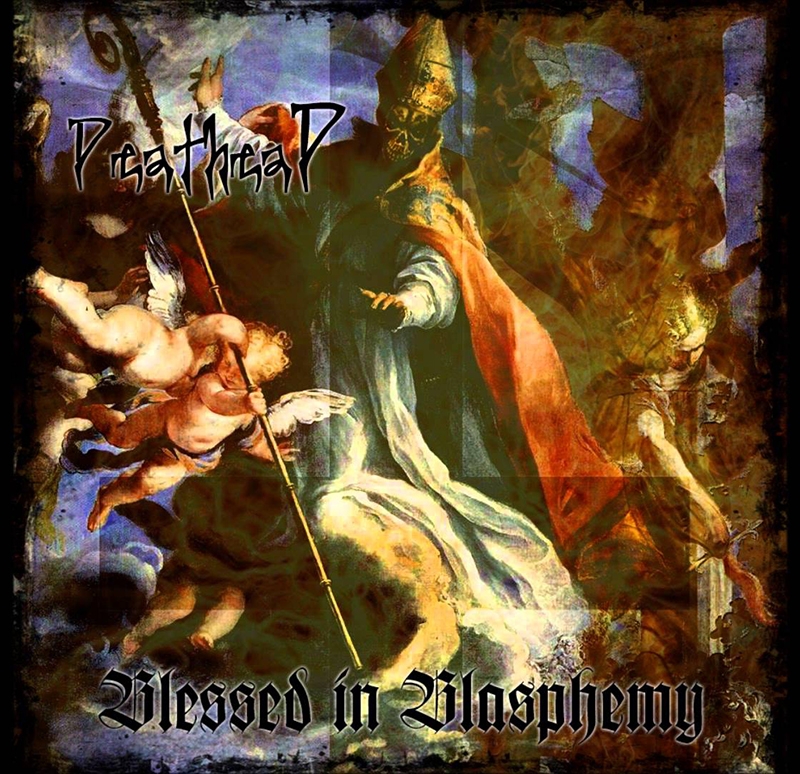 I’m sure Deathead don’t quite want to be known for a small rukus over a T-shirt they made that had “At Least I’m Not Mormon” on it, but I do think it did get them banned from playing a venue or two. The Ogden thrash trio self-produce their stuff. The sound on the album comes off as a bit tin-like and almost feels as if when a solo plays, it’s played far off in the distance. I like the DIY production, as it gives the album the old-school panache. The songs have that raw, dirty feel, like listening to some old, obscure ’80s thrash cassette tape. “The Thing in the Dark” is a damn cool song, and as the album progresses, the speed lets up, and there’s some cool bass-jam-styled tracks. Blessed in Blasphemy stands solid and the possibilities of the live show’s sound make me want to get off my ass and make it to a gig. –Bryer Wharton