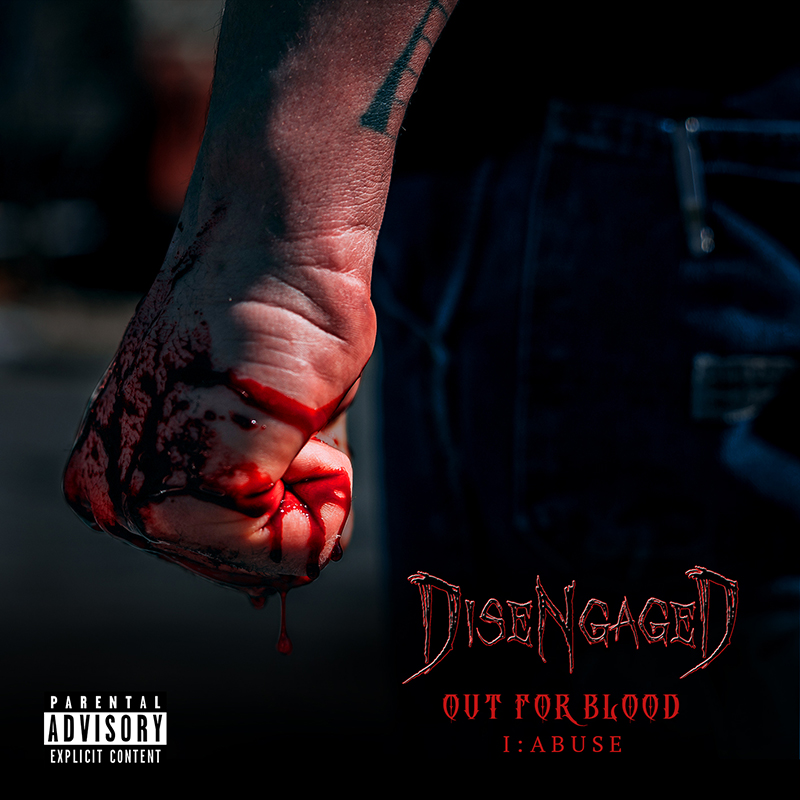 diseNgaged | Out For Blood: Abuse | Self-Released

DiseNgaged
Out For Blood: Abuse

DiseNgaged have thrown themselves around for about 10 years creating music that, in summation, played out as a love-letter to the metal music that riddled the ’90s and early 2000s. The band puts severe emphasis on groovy “chugga-chugga” riffs and hardcore shouting combined with death metal growls. At the time, it wasn’t doing much for me as it mostly sounded like a low-fi Lamb of God with half measures of that group’s brutality and technicality. The effort was there, it just needed some time to really come into fruition. Now that some time has passed and DiseNgaged has returned fully calibrated, they are here to prove their worth and earn their keep in their newest EP, appropriately titled Out For Blood: Abuse.

Evil riffs, sinister lyrics and enough pummeling, groovy rhythms to make any millennial headbanger destroy their brain by rattling it against their skull: Out for Blood: Abuse has a lot of what I was hoping for in a DiseNgaged release. When it comes to presenting themselves, they are all about “RIFFS!!!,” most of which are highly infectious. In particular, the double guitar assault that rips through “Abuse” pierces through your skull and leaves a mark that won’t go away easily. “Frail” features guitarist Chase Williams’ penchant for twin arpeggio licks which crawl through the majority of the song combined with Dez Troy’s hardcore barking/and guttural death growling—a visual representation of this song would be an ant carrying a boulder.

DiseNgaged definitely makes their presence known, and that’s mostly due to the updated production. Cleaner, more grounded and more flowing than their previous efforts, it accentuates the concrete structure of the shorter tracks and helps them stand out. Where the sound fails, unfortunately, is on the last song, “Victims.” Starting off promisingly with some epileptic speed metal licks matched by drumming that can’t seem to sit still, its faults lie in the gauntlet of riffs it keeps throwing at you in the second half. The track lacks any of the tautness in song structure boasted by its predecessors. I feel as if one more rewrite to trim some of the fat or to clear the clutter would have made this song much stronger—the last thing you want during your album closer is for people to lose interest.

While I do have some problems with it, this EP did live up to its promised standard of brutality and I respect how much tighter DiseNgaged have become since my first listen. If you want some bangers that have that ’90s vibe while played through some A7X tonnage, you need not look further than this EP—they’re out for blood and they will find it! –Eric U. Norris