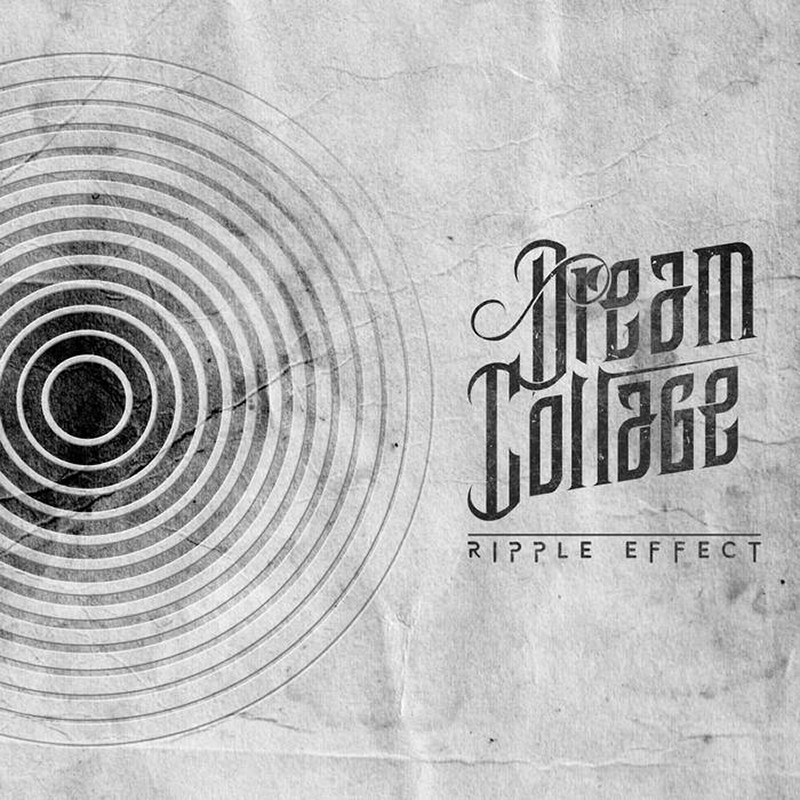 With a mix of a polished post-hardcore sound and a positive message, Dream Collage has poured an amazing amount of heart into their first release, Ripple Effect. The album is centered around the idea of taking charge of your own future and going after your dreams and is audibly reminiscent of mid-2000s emo acts such as Hidden in Plain View and Armor for Sleep, but with a much more optimistic undertone. The message is certainly not lost on the tight instrumentation, which is cleanly balanced with tastefully screamed vocals, all while maintaining an aggressive, hard rock sound. The way every instrument and vocal inflection comes through clearly in Ripple Effect speaks to the skills of these musicians as well as the high production value of the album. There are strong singles in “Calling All Elephants” and “Turn the Tide”, which blend the melodic and aggressive sides of post-hardcore/emo.

Dream Collage have a strength in simple lyrics that convey their message. They often repeat and scream those lyrics melodically over the heavy guitar distortion and intricate drum work. However, there are different points throughout Ripple Effect where the lyrics fall into poetic clichés, specifically in “Yet to Come.” I have a hard time with lofty, vague metaphors such as “Our hope is strong / We know we know / The best is yet to come,” which is followed by “My death / It is for gain.” Despite this, the intensity of each breakdown makes up for the awkward wording in Dream Collage's lyricism.

What I find interesting is that Dream Collage are often pigeonholed into the Christian rock category, which I can understand given the optimistic and positive approach to the lyrics. To me, Dream Collage are Christian rock the same way Paramore or Underoath were sometimes roped into that category—there may be Christian undertones to some of the optimistic messages, but overall, Ripple Effect's message of making your own future can appeal to anyone. –Ali Shimkus