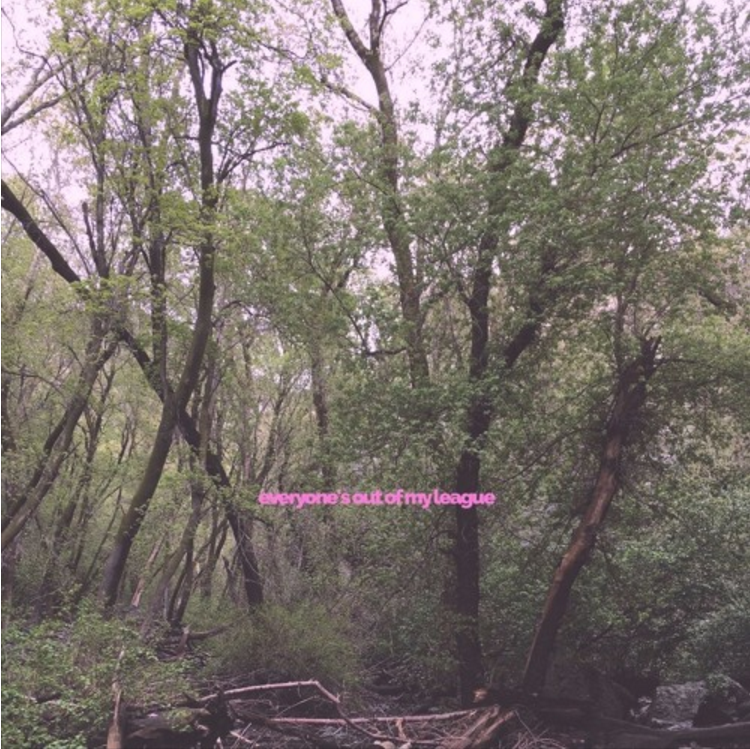 Local Review: feal – Everyone’s Out of My League

feal Everyone’s Out of My League

Everyone’s Out of My League is a short, introspective EP by feal, a talented and slightly reclusive Salt Lake City producer. The EP comprises a short four tracks that, according to feal, deal with depression and psychedelic experiences. As a whole, the EP is melodic, downtempo and peaceful. Each song sports simple beats and melodies that draw the listener in, creating a soundscape inside which one can get lost.

The first track on the EP, “young,” starts with a Donnie Darko sample that is slightly pitch-bent and distorted. Donnie is being hypnotized, and he talks about meeting a girl. As the first thing that is heard on the album, the sound clip opens up a door for themes like love, angst and youth to be explored without vocals. feal continues the song with orchestral sounding synth chords and a melody that is repetitive and beautiful. Each instrument that feal uses is well mixed, the sign of a practiced and knowledgeable producer.

The other three songs on the EP are just as strong as the first, but are stylistically slightly different. feal stays true to his downtempo, introspective style, but tracks like “it’s gonna get you” and “out of touch” are more spooky and have a witch-house vibe to them. The second song on the EP, “slow,” featuring fellow producer komodo vision, is probably the strongest on the album. feal and komodo vision use beautiful guitar riffs, which add the perfect amount of depth and variation to the track. The collaborators also add trap-style hi-hats and samples, which work perfectly when contrasted with the garage-y guitar chords.

The aesthetic that feal taps into in Everyone’s Out of My League is very popular these days. Feal creates songs that could easily be sold as instrumentals but that also stand out on their own and are complete. It would be interesting to hear how an emcee would utilize the low-key beats on this EP. Even though the underground world of hip-hop production seems to be saturated with producers, feal is able to stand out, especially within the music that comes out of Salt Lake City. Follow this talented artist on soundcloud, and stay tuned for more quality, “fealsy” tapes. –Taylor Hartman