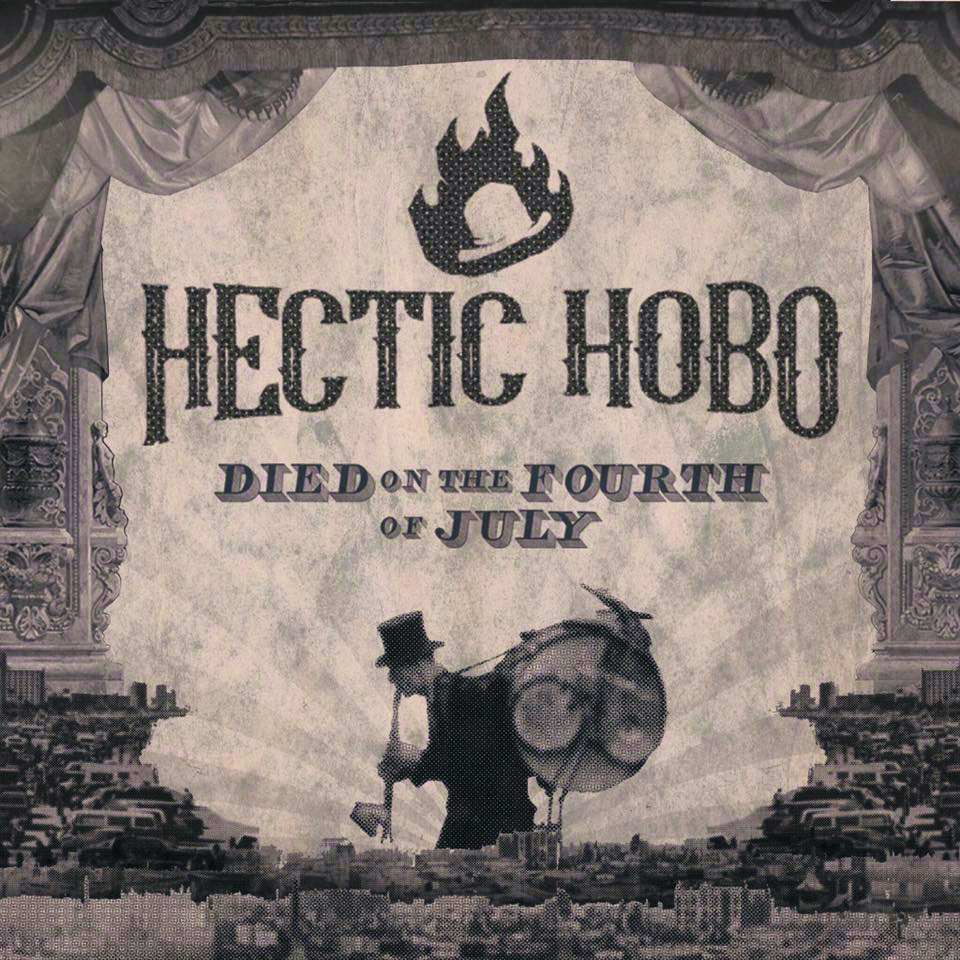 Hectic Hobo | Died on the Fourth of July

Local Review: Hectic Hobo – Died on the Fourth of July

Hectic Hobo
Died on the Fourth of July

Fusing folk, Americana and probably some country influences outside my realm of musical knowledge, Hectic Hobo’s release Died on the Fourth of July is full of intricate melodies and simplistic, effective songwriting. The album highlights the diversity that the band is capable of. There are songs that are bluesy and somber such as “Brother,” about a soldier coming home from Desert Storm, and more vibrant, upbeat songs that have the chaotic energy of Gogol Bordello and Folk Hogan, such as “Jazz Funeral.” There’s something about lead vocalist/owner of Sweet Biscuits & Limeade Hasen Cone‘s gritty voice that is bluesy, folksy and punk rock at the same time, which blurs the lines of genre for Hectic Hobo, giving credence to their self-defined genre as “Wild West Gypsy Rock.”

What I find most intriguing about Died on the Forth of July is that each song is a mini saga, ranging from the ridiculous to the profound. In “Good Dog,” Cone sings about the misadventures of a drunken troublemaker: “I saw a man on stilts / He wore a Scottish kilt / He stepped over me / Showed me his mysteries / Champagne and cocaine, you can’t keep a good dog down.” This is in contrast to their rendition of the popular folk song, “In the Pines.” Angst oozes out of Hectic Hobo’s version of the song with the sweet notes of the violin, adding another dimension to the organ-dominated blues. What I particularly like about Hectic Hobo’s version is that they fill in some of the blanks of the story, adding a few of their own lyrics to the tale while still letting the violin solos shine throughout the song. Another standout piece is “Liquid Bible,” an acoustic blues piece about finding religion through “drinking scriptures down.” The point of view is of a veteran on the outskirts of a religious society that has ultimately rejected him, which also hints at the underlying evils and hypocrisy in theocratic communities. Died on the Forth of July is full of old-world wisdom and debauchery with really solid songwriting and instrumentation, and is one of the albums, local and otherwise, that shouldn’t be missed from 2017. –Ali Shimkus