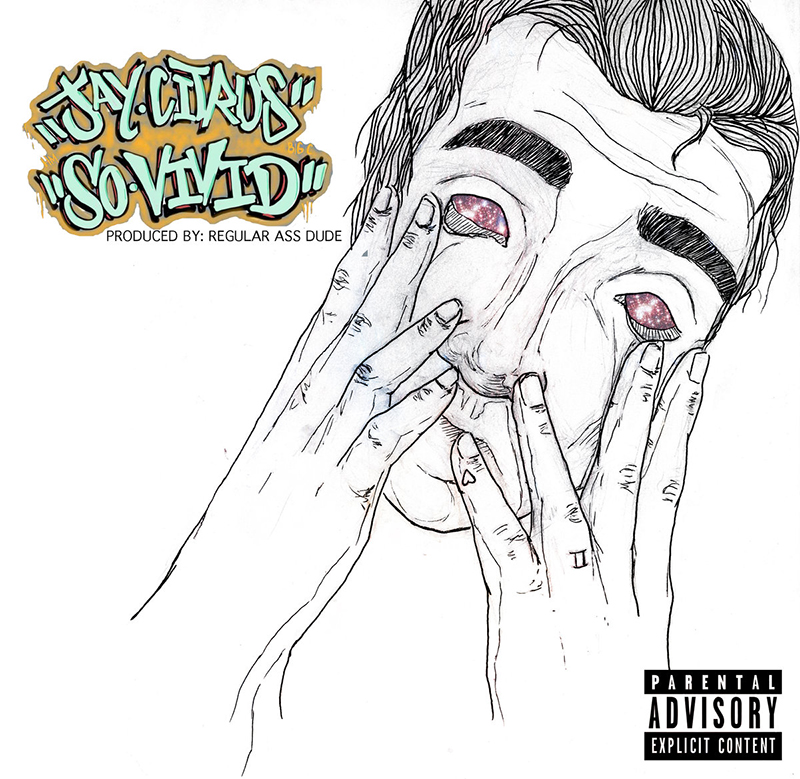 You never know what you’ll get when your editor sends you a new album to review. Will it be trash? Will it be pedestrian? Will it inspire you to write your best review ever? It’s hard to tell … Nevertheless, I must admit that I slept on Salt Lake City’s Samuel Hall, aka Jay Citrus for a minute and for that I apologize to our readers — I should have reviewed this album a while ago—it’s dope!

So Vivid was recorded by Stephen Carr at Groundworks Studio with Regular Ass Dude on the beats, and his girlfriend Rikki Mae Arguelles lending her artistic talent to the album cover. The listener is taken on a journey through the dreams, aspirations meanderings of a 21 year-old rap artist: on weed (see Jon Stewart in Half Baked).

One thing that stood was how well the production mixed the slower and faster aspect of the instrumentals. The album is well-put-together sequentially, the tracks blend well, and the melodies and cadences switch up in the right place as to not make the project sound monotonous. The pace speeds up and slows down, dips and ascends, typified by Track 3, “Heavenly Breaks,” and Jay’s flow complements the roller coaster nicely. If they stick to this formula and keep working hard in the studio, I can’t see them losing.

Granted, Jay Citrus’s five-track offering is painfully short, but it says something when an artist leaves you wanting more. His next endeavor, tentatively named Sunshine, drops on Dec. 30th at Metro Music Hall during the Hip Hop Roots show. It features various artists Utah might know, such as Khensu, Burnell Washburn, DJ Bask, Sunny Tang and his groupmates, Big C and Saner.One (better known as Lucid). Listen to So Vivid: jaycitrus.bandcamp.com/releases. –Keith L. McDonald