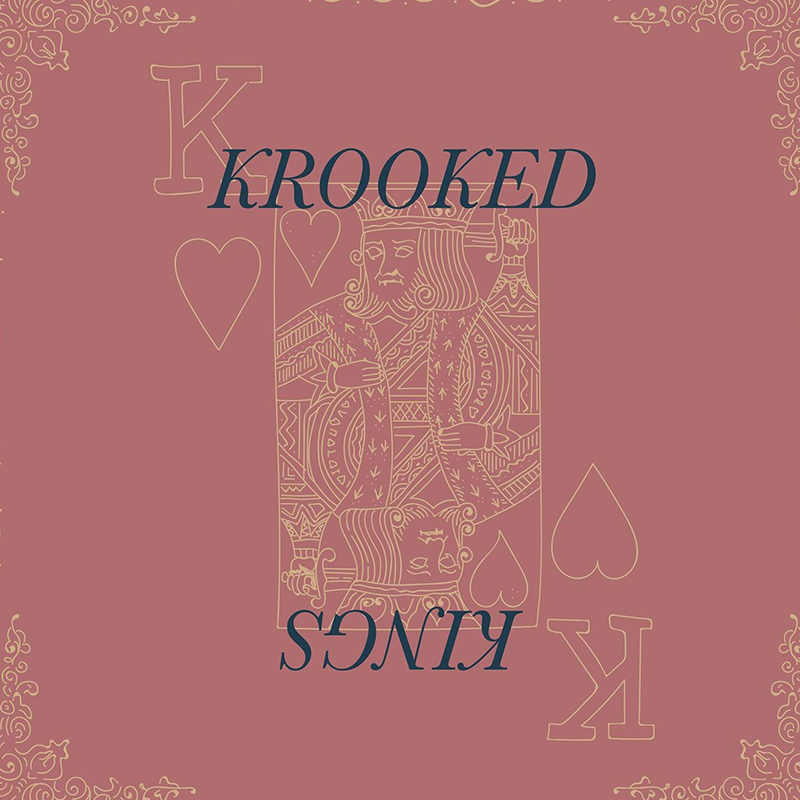 Krooked Kings founders Oli Martin and Paul Colgan got together and released a few tracks in 2018 but really pulled a crew together this year to release their band’s self-titled debut EP. The record comprises six tracks, all of which are easy going, easy to listen to, indie ruminations revolving around everything from heartbreak to the uncovering of one’s self. A couple of the songs stood out further than others, but all are solid.

Martin and Colgan alternate on vocals while both play the guitar. The duo added Dave Macey on keys, Matt Monnosson on bass and Jay Flynn on drums. Together, they have discovered a sound filled with eclectic influences and varying angles of presentation. There is a definite Southern Cal vibe within Krooked Kings, but there are also tinges of indie folk and the impression the band has listened to a lot of artists who play an acoustic guitar alone atop a stool on stage.

“Amsterdam” is a song the band released awhile back as the EP’s lead single, and it definitely exhibits Krooked Kings at their best. It is a solid track with a lot of contrast, multiple layers of production work and sweet vocals. It’s a great choice for a single. My personal favorite though, has to be the last track on the album: “Roses.” This song is special. It has everything “Amsterdam” does, plus something I can’t quite figure out. It conjures something in my mind—a brief image of something else—that dissipates as soon as I think I’ve got my thumb on it. Oh well, I guess I’m going to have to keep listening to it, which isn’t a problem at all. The only gripe I have is that I wish there were a few more songs. Luckily, Krooked Kings are good enough to find success and make a lot more music, so I can wait. For the time being, you can check out the EP on Spotify, Apple Music and Soundcloud. Keep up to date with everything else the band is doing through their Instagram and Facebook. –Billy Swartzfager