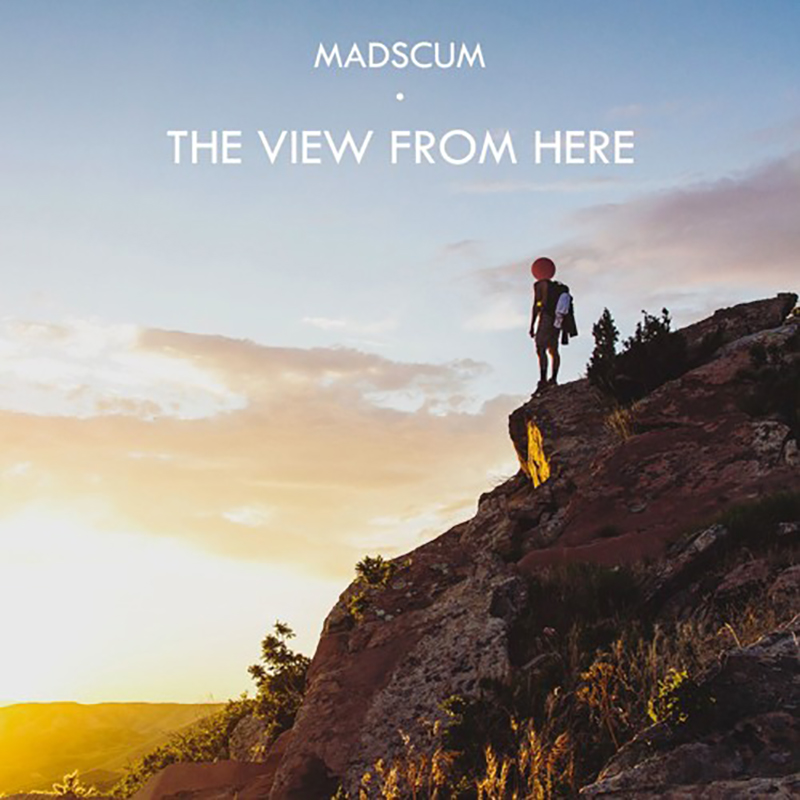 Madscum | The View From Here | Self-Released

Madscum
The View From Here

With his debut EP, Madscum shows his love for music and his desire to grow as an artist. Madscum hails from Missoula, Montana, but currently lives in SLC.  The View From Here is a journey through different sounds and styles where Madscum flaunts his lyricism and shows an obvious love for his craft. On his SoundCloud, he writes that the EP is, “Some of my daily thoughts and aspirations to become a member of the hip-hop community. The goal of this EP is to share a few chapters of my life in hopes that we can relate to one another through our triumphs & struggles.”

The View From Here has a raw, “recorded in the basement” feel to it. The beats on each track are well produced, but the mastering of the album seems a little rough around the edges. The vocals on most of the tracks throughout the EP are a little too quiet and sound like they were recorded on a computer microphone. Still, the lyrics that Madscum uses are intelligent, well thought-out and polished. On “Betty Crocker Freestlye Aka Some Ignan’t S***,” he almost growls over the track, flaunting his lyrical prowess. He mentions that it can be hard to be an artist and simultaneously make a living rapping, “I barely make a grand workin overtime / Get on the verse, show them my dirt, dirt on my hands, dirt on my pants.”

Madscum has talent and a lot of potential. It doesn’t take much for rappers these days to get their foot in the door. Plenty of artists get their start by doing just what Madscum is doing: recording tracks with the equipment that is readily available and putting their music online. While Madscum would benefit from bettering his mixing and mastering, he certainly maintains a great talent for crafting lyrics and building strong songs. Keep an eye out for more tracks from Madscum that are from the heart, with beats that will keep you bouncing. –Taylor Hartman