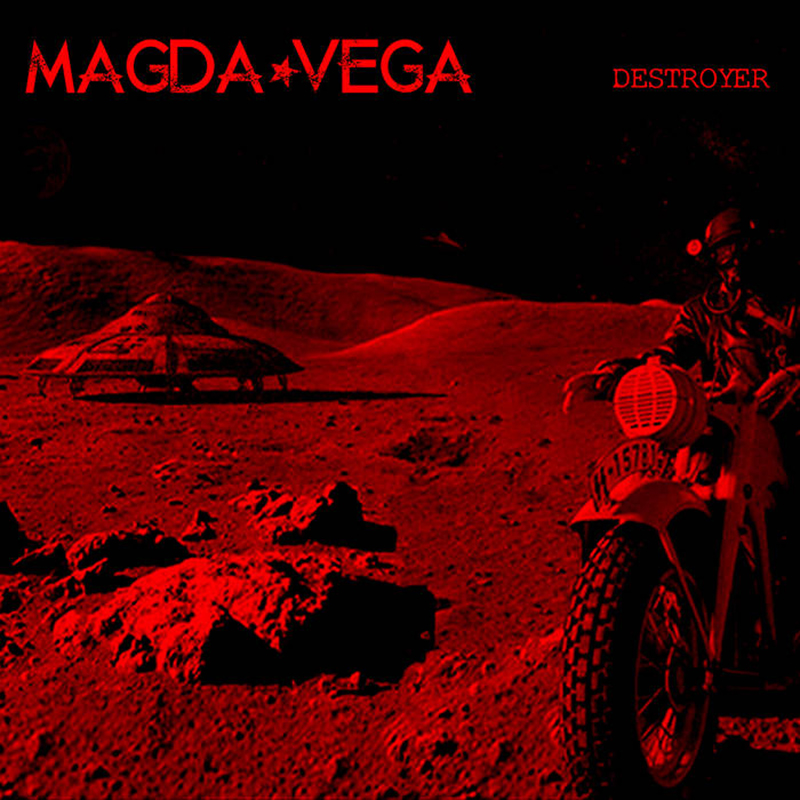 Magda-Vega’s album Destroyer is certainly not lacking in gritty, in-your-face antics backed up by solid rock with metal and punk influences. It’s clear from the first few lines of “Junkie” that lead singer Robin Brown, described in the band’s own bio as a “fiery hellcat,” is just that. Her voice is as brash and unapologetic as the lyrics she’s singing. The aggression is consistent throughout the entirety of Destroyer and presents itself in cheeky way in songs “X Ray Eyes” with Brown crooning “I’m gonna be your girlfriend” and again in “Goodbye Kitty” with “I’m just a bitch / And you’re on my list / I’m just a bitch / Seal it with a kiss.”

Brown’s gravelly voice is one of the strongest features that Magda-Vega have to offer, but the guitar solos by guitarist Bill Frost add an extra dimension of heavier, old-school rock n’ roll to each song. Each song in Destroyer maintains the same chaotic energy of the one before, with a break of slower intensity in “Blackhole” that builds into one of Frost’s best solos on the record (though the guitar solo in title track “Destroyer” is equally face-melting). For me—while Brown shines in songs with more of the punk-inspired, abrasive lyrics—the band takes the front seat in “Blackhole” and “Destroyer” and benefits from the ability to develop a dramatic buildup throughout these songs.

My critique of Destroyer—if it can even be considered a real critique and not actually a compliment—is that the guitar solos, the vocals and the rhythm section are almost always turned up to 11. While Magda-Vega don’t seem to incorporate the most diverse range in dynamics, it actually does work for them, giving them an almost ’80s punk/hair metal vibe with a new, meaner attitude. Listen to Destroyer at magdavegaslc.bandcamp.com. –Ali Shimkus