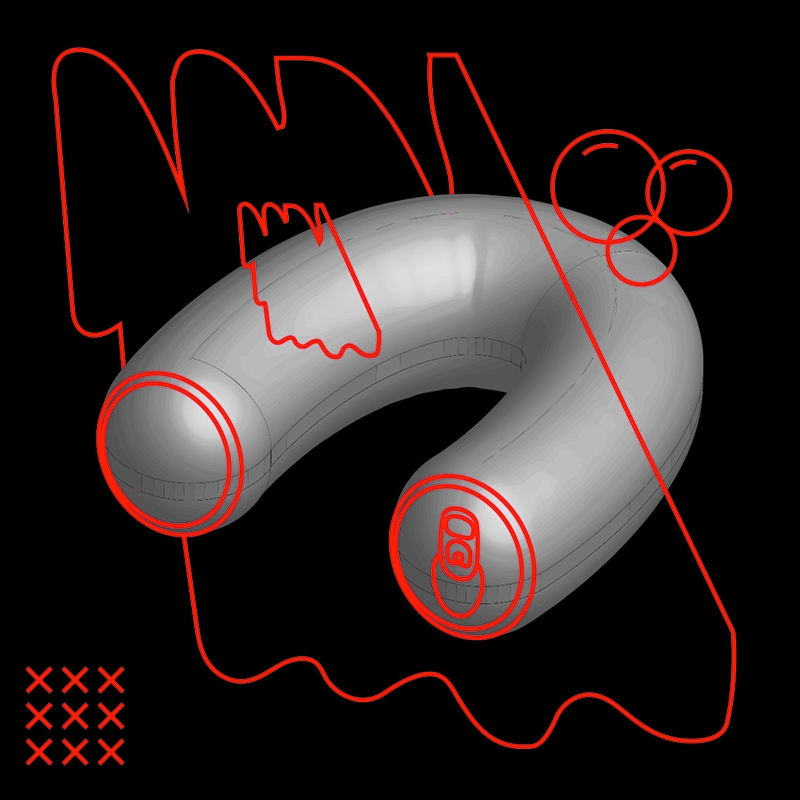 Ah, yet another statement album, this one apparently about soft drinks. Mooninite combines synthesized down-tempo electronic beats with robotic vocals for a sound similar to something you would hear in a video game, but I wouldn’t quite call it chiptune. The album artwork reminds me of statement artist SOPHIE who premiered a similar style and vibe at the SXSW 2014 festival in Austin, Texas. What I like about this album is that it combines nontraditional sounds in each track to go with the overall concept of the album—which is, in this case, soda. The artist remixes the sounds of soda cans being opened and other similar noises that make the album sound bubbly and sweet but robotic as if it were all held together by metal—a can of soda. Highlights of the album include “Lemon Lime” and “Blue Hawaii.” The album is available for digital download or cassette on the Hel Audio website: helaudio.org. –Julia Sachs