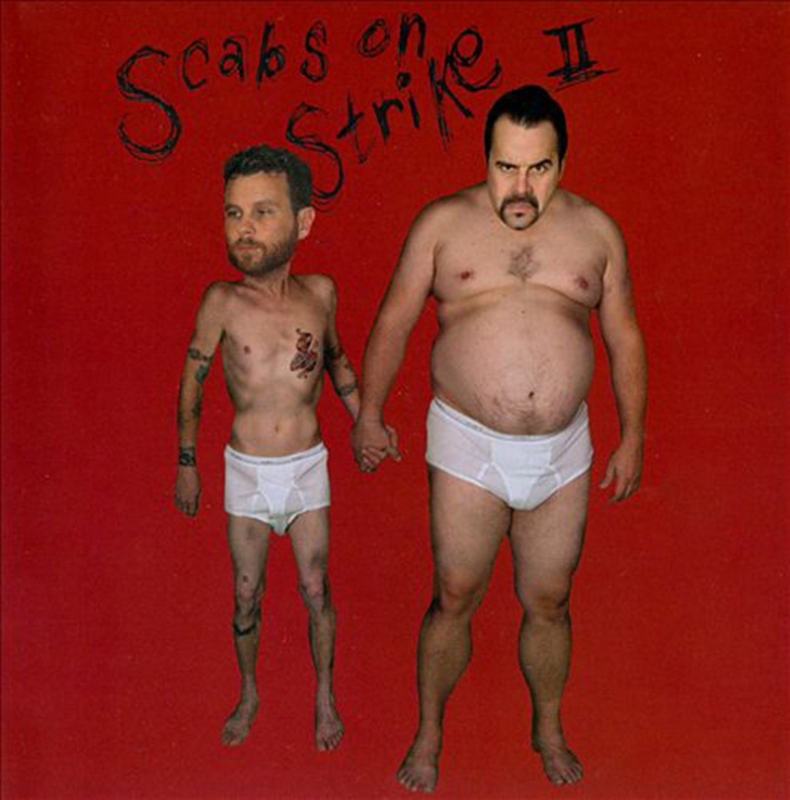 Scabs on Strike
Scabs on Strike II: Just Friends
Voodoo Dog
Street: 08.21.10
Scabs on Strike = Pavement + Blacklist Co-operative + Bloodworm
A part of the SLC music scene for 15 years, Scabs on Strike are currently a two-piece, with Jeff Baker on drums and Dan Morley doing almost everything else. This album, which SOS took 15 years to release, also features Mike Sartain, Bill Frost and many other local music standouts. Musically, the disc is a throwback to the post-punk college radio sound of the early 1990s—the music that inspired the grunge wave, but always seemed artistically to be a few notches above it. One standout track is “Penny” (look for the YouTube music video), a fragmented song that addresses the ills of power and money while constantly changing speed and intensity. A second is “Forgive + Forget,” which gloriously curses the one person in everyone’s life against whom you must hold a grudge. Overall, this is a solid record by a band who has been doing it almost as long as anyone else. –Woodcock Johnson
Photos: