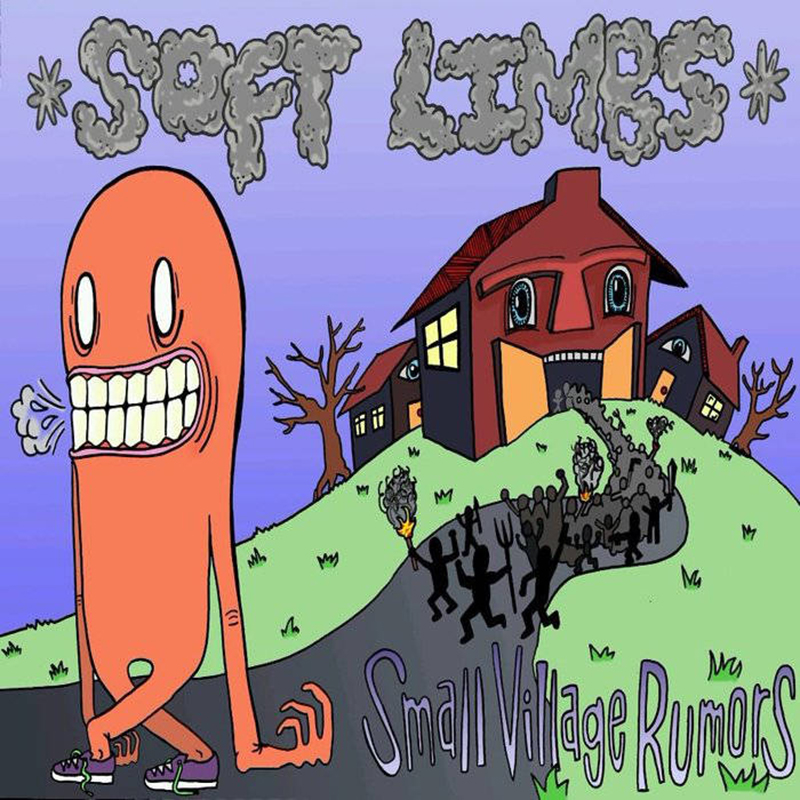 Small Village Rumors, the third release in local band Soft Limbs’ discography, chronicles the lifespan of a sect of rumors that pan out across the landscape of a small town. The opening track, “Poketz,” travels through a diverse system of instrumentation involving cascading guitars, singer Alex Duran‘s weighty, Ian Curtis–influenced vocals and a pad lead from a synthesizer that coruscates into grungy, garage rock territory. Duran’s vocals provide an anger of cynical romanticism for the album as he sings, “I can go wherever it is you want to go / We can go wherever it is you want to go.” It’s a premonition of the album’s bittersweet and emotive narrative, supplemented by Curtis Pettygrove‘s abruptly dynamic drumming style.

The album quickly dips into more psychedelic territory with the track “Tide Up,” a crunchy, detached anthem defined by its dynamic refrains and abrupt harmony shifts. Duran’s vocals emote a moment of apathy as he chronicles in folk-singer likeness, “Lying in my bed / Smoking cigarettes / Listening to Mac DeMarco.” It’s a complementary addition to Pettygrove’s drumming, which narrates through a black hole of speed and dynamism ultimately headed for cathartic entropy.

The fourth track on the album, “Be More Specific (Health Device),” opens with a cobweb of synthesizers that evolve into a maze of well-structured and intentional complexity. Duran’s guitar tone on the track is a nostalgic nod to Modest Mouse during the late ‘90s—specifically their 1996 release, This Is a Long Drive for Someone with Nothing to Think About. The track gradually dissolves into the succeeding song, “Egotistic Evil,” a darkly recumbent tune that has Duran denoting a cyclone of axiomatic statements, including, “I’m an egotistic evil fuck / You’re an egotistic evil fuck / You oughta be nice / You act surprised.”

“Egotistic Evil” precedes one of my favorite songs on the album, “Where are The Wild Things,” a track that’s been reworked from Soft Limb’s early 2015 release, Major St. Sessions. A raucous, unpredictable musical jettison of sublime guitar harmonies, “Where are The Wild Things” hinges on Duran’s spotless vocals and Pettygrove’s vitally synonymous drumming style. Spiraling impressively through a musical mecca of experiment, introspection and dynamism, Small Village Rumors is a disquieting and innovative album that not only challenges the status quo of the local music landscape, but also completely uproots and alters it. –Kristyn Porter