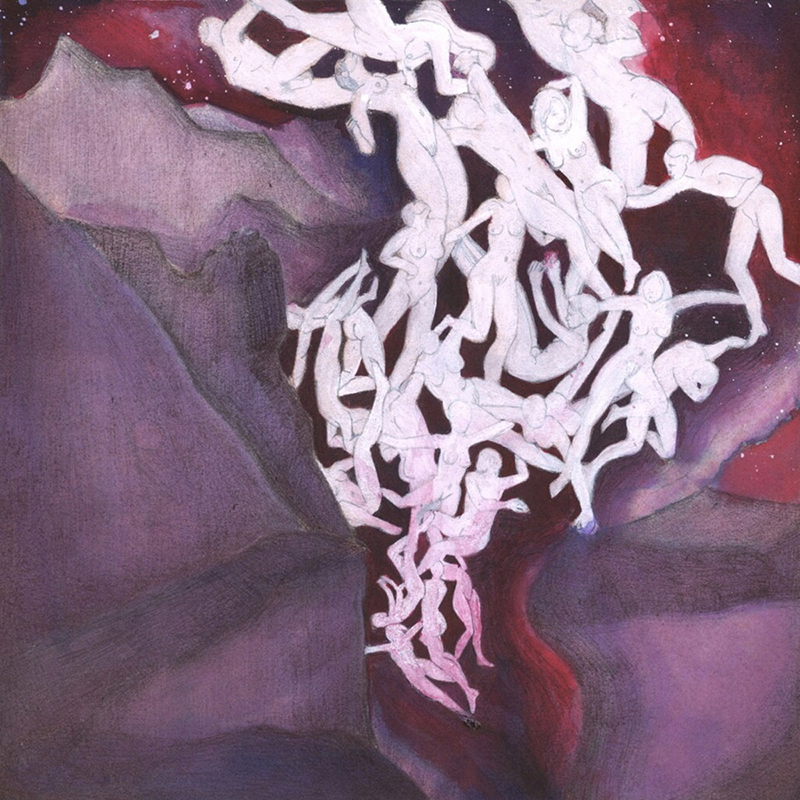 Sonnets | Of Wrath and Sorrow | Self-Released

Sonnets
Of Wrath and Sorrow

Though synesthesia references the senses directly—seeing numbers as colors, for instance—I wonder if a similar phenomenon could be applied in reference to artistic synesthesia. This would be the phenomenon where you are experiencing one kind of art but experiencing it as a different medium. In the case of Sonnets’ latest, Of Wrath and Sorrow, that moment comes midway through the song “III (crumbles),” when a haunting eighth-note guitar melody enters the song. My mind was no longer solely hearing the music—I couldn’t separate it from a climactic moment in an unnamed film that popped into my head. The music provides an intense backdrop to the visual narrative, and I can’t hear this part of the song without seeing the other.

This album draws from classic screamo but sounds modern. Clearly, the vocals are screamed, but their position in the mix allows all other instruments to be kept at the front as well. This makes the full experience more impactful. The drumming is tight and has the right amount of complexity—they’re not overplayed but are aggressively participating in the songs. The guitar-playing is the most interesting work on the album. Although they are loud and dissonant, there are other times when they remind me of Mineral and bands of that ilk.

One of my major complaints about music that has a math or more complicated element is the tendency for bands to jump from part to part, flaunting their dexterity—or atonality—without, y’know, thinking about writing a song. Sonnets have written songs on this album—not only that, but guitar lines and melodies that stick around and build. It only took a listen or two before I could easily remember these songs and their structures. My favorite is “IV (bodies),” which begins with an unassuming, math-like riff that repeats consistently for the majority of the song, only adding distortion part of the way through. Too often, bands have a great idea for a riff, only to bring it around for a quick drive-by. Let a good riff RIFF.

Screamo was always a lane adjacent to my musical proclivities, but this release is a terrific welcome back to a genre that I anticipate will be gaining steam in the near future. –Peter Fryer