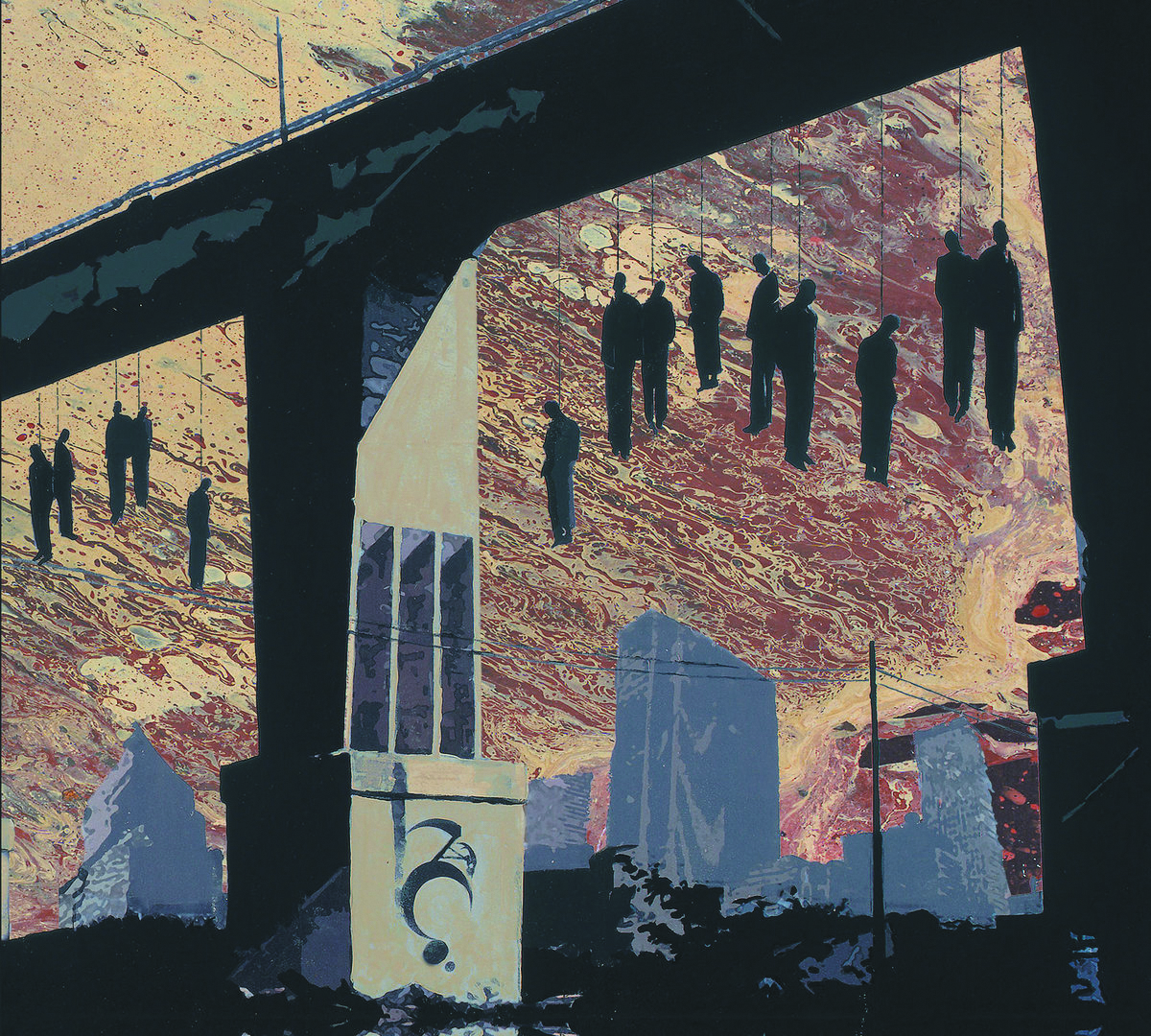 Sorrowset | All Ends, Begin with Ease

Sorrowset
All Ends, Begin with Ease

The three-piece band is a staple in rock n’ roll and its diasporic genres. There are plenty in the metal/hardcore/post-metal world, but not all actually sound like a three-piece band. Salt Lake’s Sorrowset sound absolutely like a three-piece on their debut, All Ends, Begin with Ease—a nearly hour-long, thick, rocking and riff-heavy LP. To explain my earlier statement,  Sorrowset don’t succumb to the temptation of multi-tracking guitars or burying the bass in the mix (hat-tip to SubRosa’s engineer Andy Patterson for the recording job). The music sounds alive: separation between instruments, three guys in a room, most likely facing each other, feeding off one another’s energy, bass and drums holding down the rhythm while the guitar rips. Melodies originate in the bass where they’ll be picked up eight bars later by the guitar.

Sounds akin to many other bands peek in now and again throughout the duration of the albu. For example, there is a small snippet in “Nothing to Lose,” which can’t help but remind me of Inquisition, and there are passages that owe much to Isis.

There are only minor complaints to be lodged with All Ends, Begin with Ease. These gentlemen are riff-prolific, and no doubt tasty fret-routines swirl in their heads at a frenetic pace. But, at nearly an hour, with a good third of the nine tracks between seven to nine minutes, the album would benefit from some editing. Long tracks have no inherent disadvantage, but when they’re buffeted by six more tracks that clock in at about five to six minutes a piece, it begins to pile up.

It’s in these stretched-out songs, though, that everyone truly locks in. Sorrowset are strongest when they’re creating atmospheres and then riding a tasty riff. It never falls to hypnotic repetition, though—the walking basslines assure that they stay engaging. I’m glad this rolled my way. Sorrowset are an excellent addition to the top-level list of heavy bands from the Beehive State. –Peter Fryer