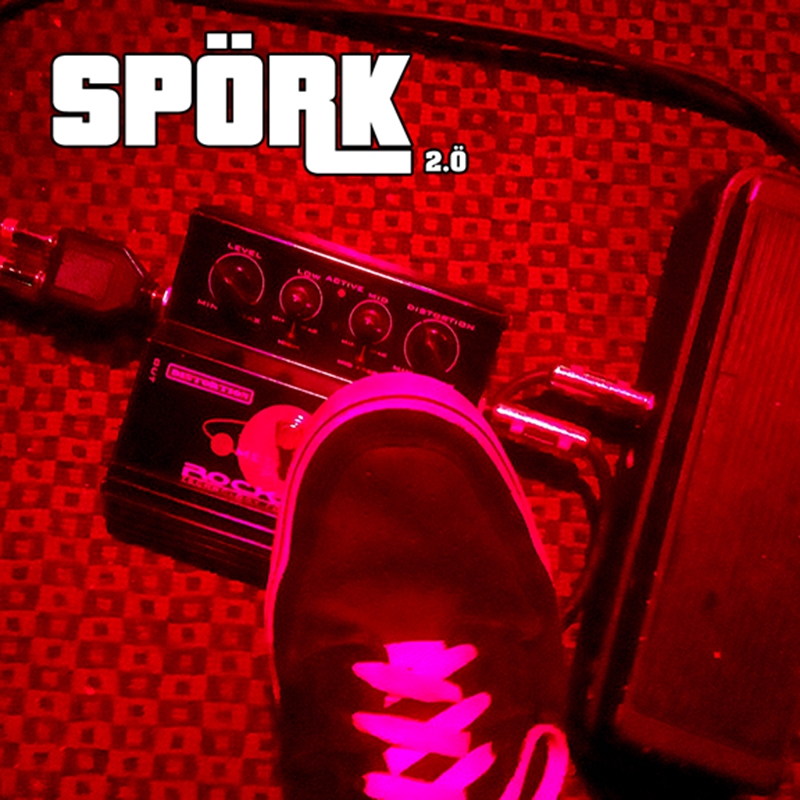 Spörk
Spörk 2.Ö
Interspork Records
Street: 02.25
Spörk = QOTSA + The Fluid + Thunderfist
Sometimes good things come in twos, and the second release by local self-proclaimed “stoner rock” duo Spörk—the embodiment of synthetic, petroleum-based fast-food flatware—the musical equivalent of what passes for “journalism” in frontman Bill Frost’s television-addicted, sarcasm-singed, tube-top addled mind … Where was I? Oh yeah, the famed sophomore slump most bands encounter after what scant novelty of their debut (2008’s Ocho Destructo) wears off. In this case, it’s a full-on slouch, similar to the posture of dudes whose preferred “lady-killing” attire is trenchcoat and fedora. “Taco Tuesday,” the lead track, is a high-octane anthem for this kind of late-night loser, with an intro that sounds like background music at a Beto’s. From that point on, things go about as well as you’d expect. Nobody bothered to inform Spörk that it’s not only a different decade since the last time they got their shit together enough to put something out, but it’s also not the ’90s grunge era anymore. sporkslc.bandcamp.com. –Stakerized!
Photos: