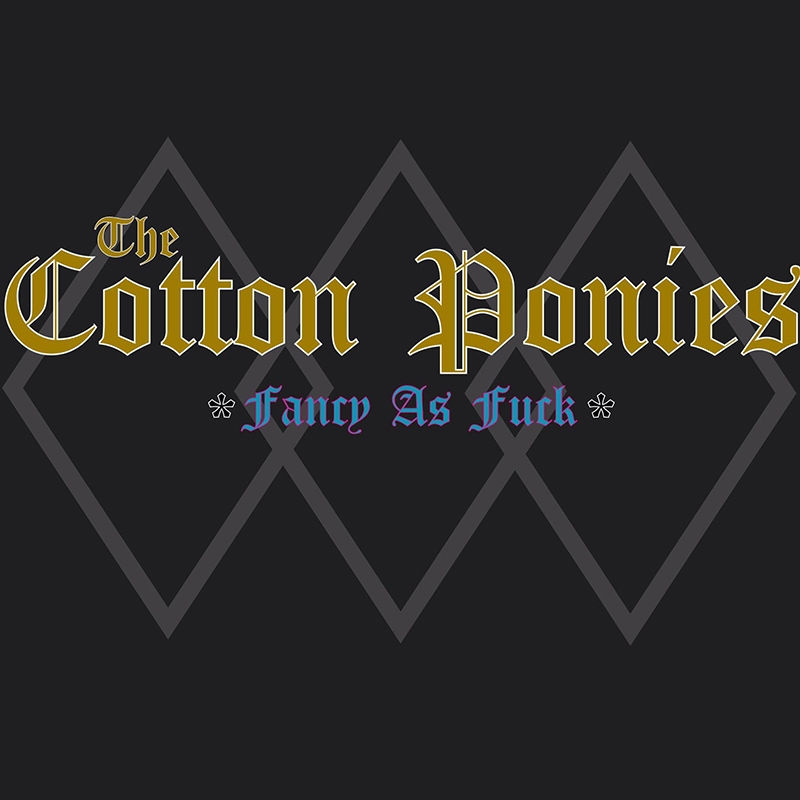 Fancy As Fuck introduces The Cotton Ponies with the EP’s first song “I Wanna Fight,” which reveals their formula of simple chords and sped-up beats then stuffed with processed-cheese lyrics—so bad and so good. The change of pace with “Jackass” shows The Cotton Ponies playing with the idea of a slower tempo, which gives the heavy influences of The Runaways, Joan Jett and Bikini Kill a spot to shine through. With straightforward lyricism, Abby Allen’s hisses and slurs are made to make lovers blush. In “Math Geek,” the everyday struggles women face with the accessibility of porn are revealed: “Looking at naked men every now and then … I just want more/ Too bad I’m just too poor”—the song is my new mantra for visiting that dirty little sex shop on the Utah/Wyoming border. The repetitiveness of the album and lack of instrumental creativity show that the band has a way to go in developing their sound. However, their anthems of sex, breakups and high-energy attitudes make Fancy as Fuck the album to throw on when rage-hate breakup sex is pending. –Andrea Silva