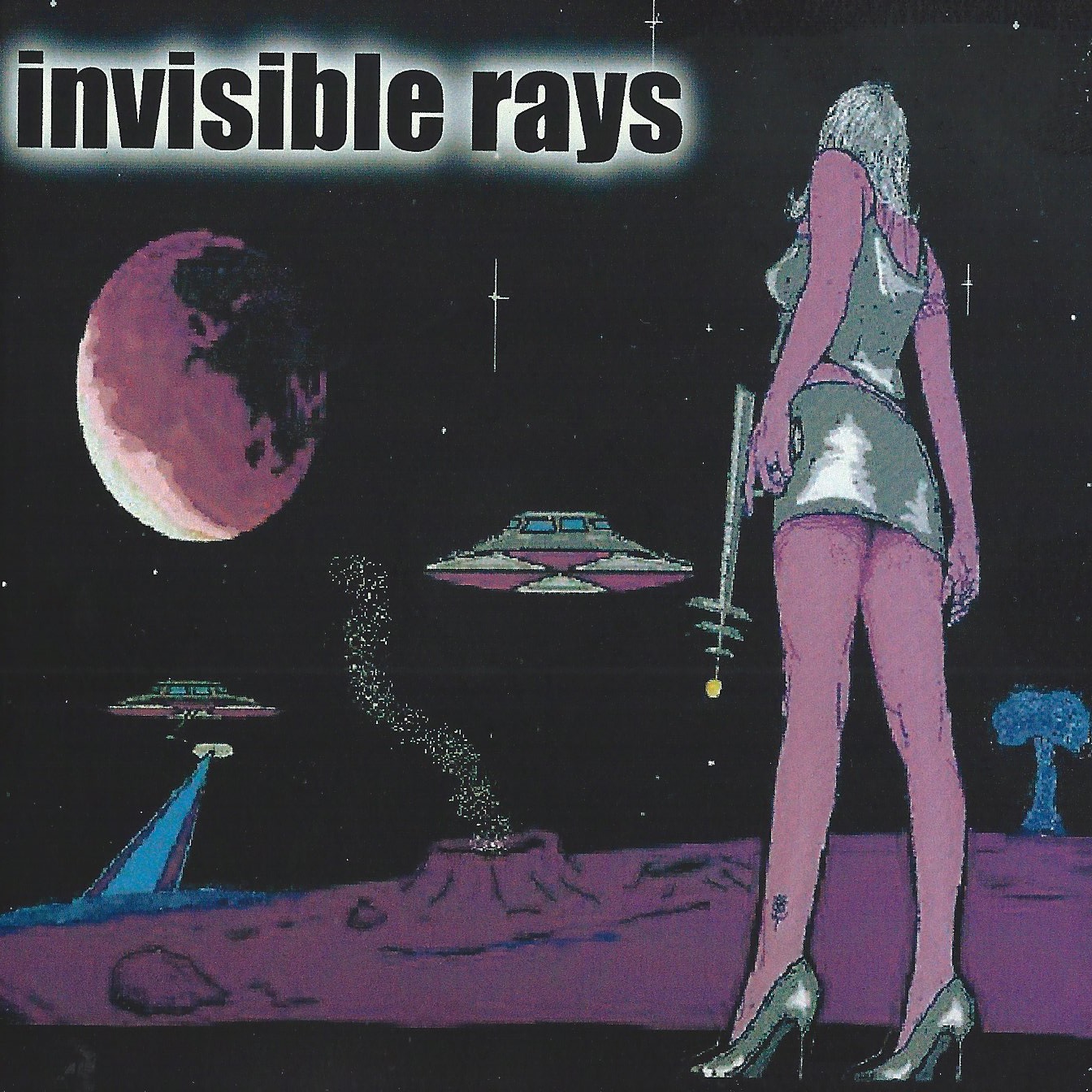 The Invisible Rays play often-slow, almost dirge-ish creep punk filled with plodding buzzsaw bass riffs, mournful or shouted vocals and sometimes-droning-sometimes-rocking synths. Their upbeat songs are much more tolerable than the slow ones, and I’m actually in favor of axing all of them except “Greedo,” which is sung by Violet Ray instead of their drummer, who sings the rest with impressive versatility but sounds often flat or forced. I sure hope they wear scary spacepunk outfits when they play live.