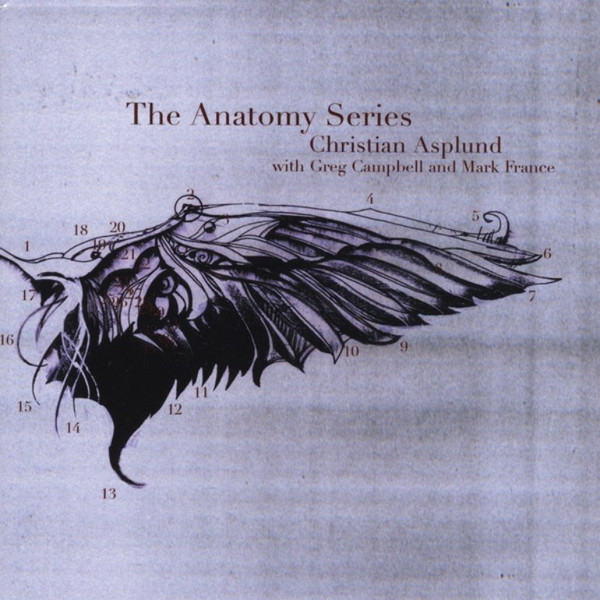 Recorded live, The Anatomy Series is a performance that took place on the Sonarchy Radio Hour back in 2000. Featuring Christian Asplund on piano, Greg Campbell on drums, and Mark France on guitar, the trio bang, plow, creep, and occasionally almost groove their way through nearly 55 minutes of metal-tinted prog-jazz.  There are seven pieces here, but the CD is broken into 35 tracks, each containing a single movement, bringing many a tear to the iPod generation. The music changes time signatures frequently and stops and starts just as much, each pause usually followed by a wandering piano line or a screeching guitar and a lurching drumbeat. While some moments feel constrained by the mind/finger flexing of musical academia, the group occasionally opens up and busts out a mean riff that would fit perfectly in an evil clown-car chase scene. David Lynch, look these dudes up. If you ever want to film an evil clown-car chase scene, that is.