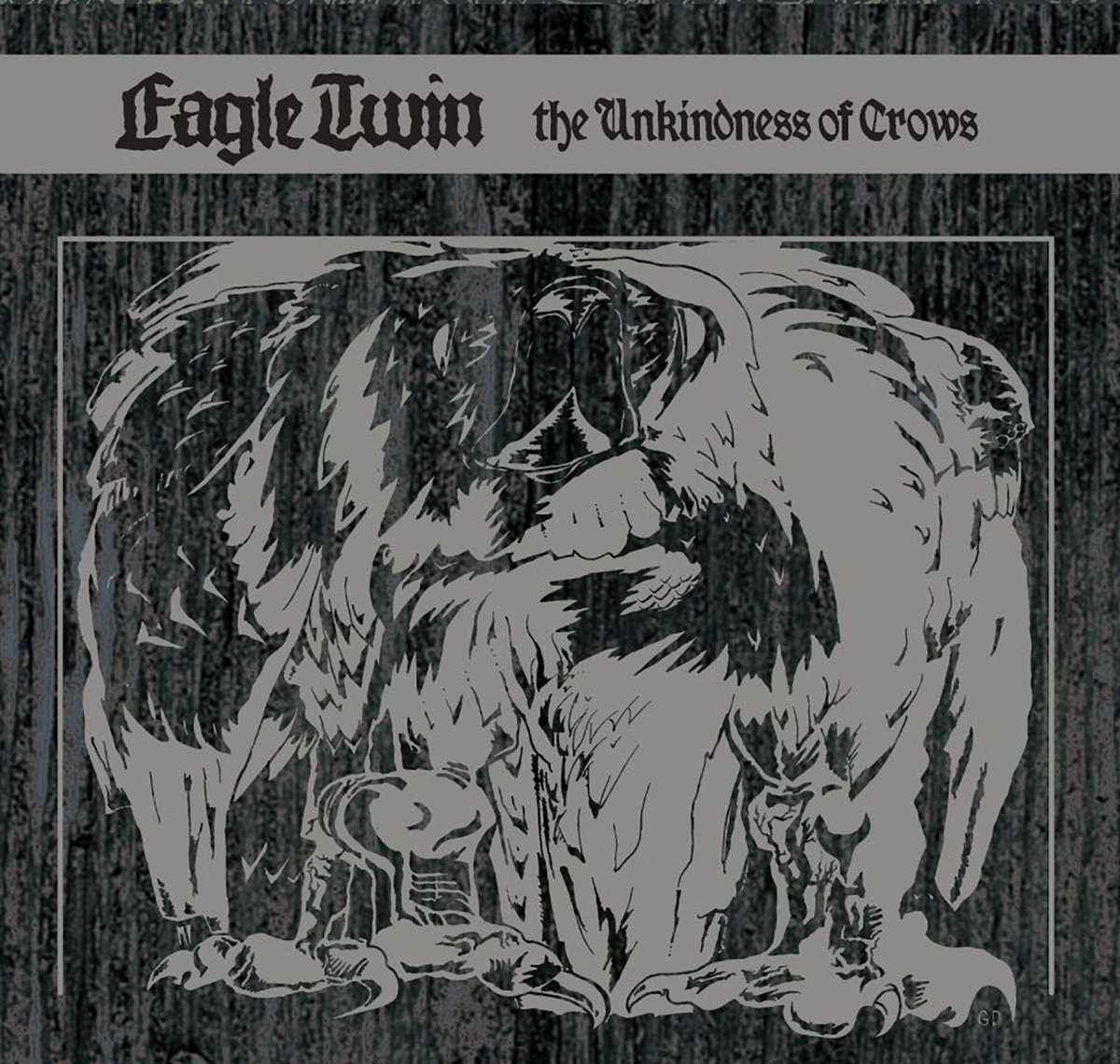 Eagle Twin
The Unkindness of Crows
Southern Lord
Street: 07.21
Eagle Twin = The Iceburn Collective + Ascend + Sunn O)))
Salt Lake City’s own Eagle Twin have (finally) released an album that is sure to wind up on many top 10 lists at the end of this year. The band’s debut full length, recorded in Seattle by Southen Lord’s “go-to guy” Randall Dunn, simply oozes heaviness. From beginning to end, the record sets a new standard for doom/drone metal, featuring guitar tones that must be heard to be believed and plodding, thunderous drums that will doubtless have little trouble shredding even the most high-end speaker systems. The musicianship, excellent riffs and arrangements, and plain ol’ eardrum-busting volume on The Unkindness of Crows ensures that this release stands head-and-shoulders above most other bands in the genre.