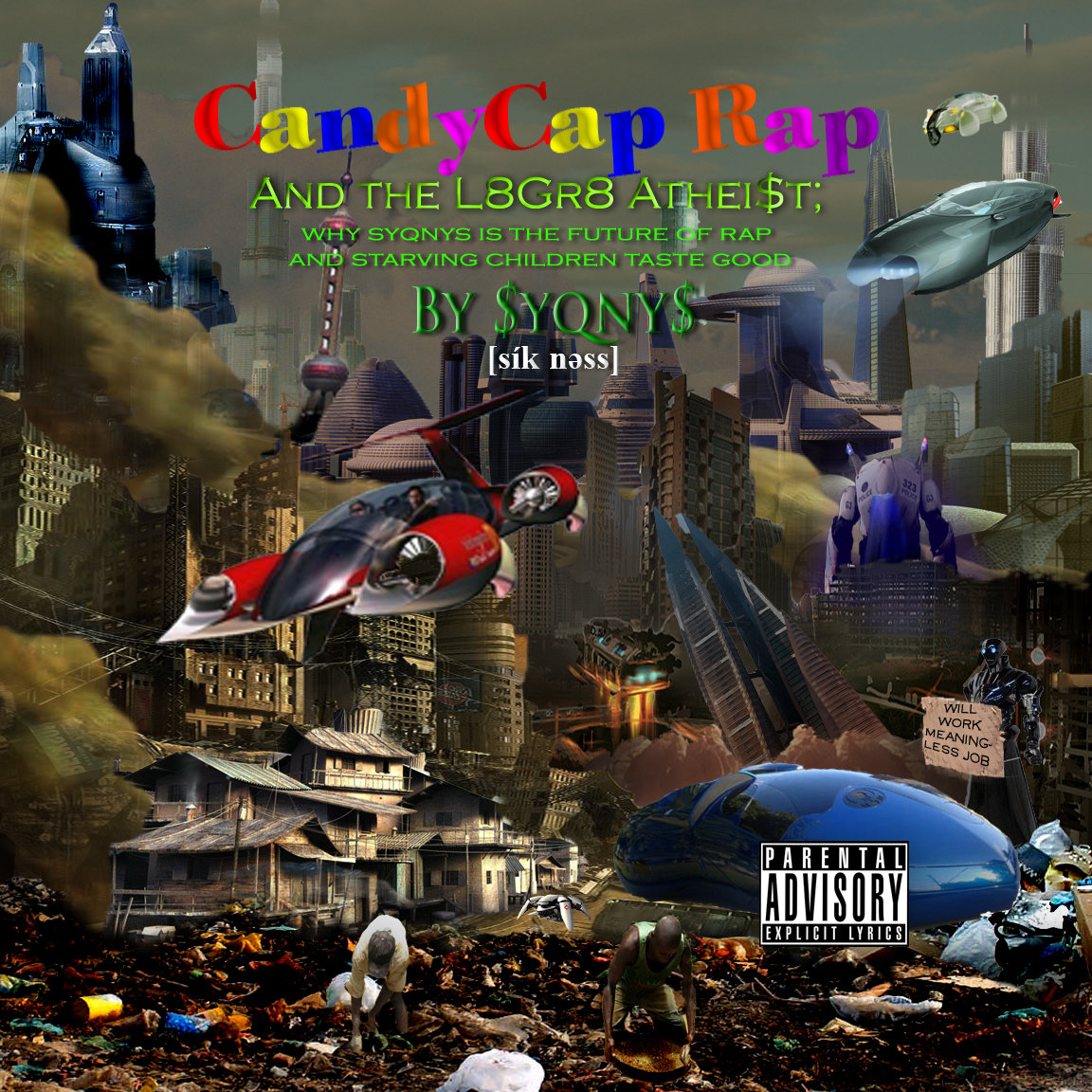 CandyCap Rap features some of the most immature rhymes I have ever heard. Some things should just not be done, like having a song about loving candy (“Candy Rap”) on the same album as a song about shooting the pope (“Blasphemy”). I don’t mean to offend, but a song about mentally handicapped people just shows you don’t have much to say. Pair this with cookie-cutter beats, and it’s clear that this album belongs back on Myspace four years ago. Nothing about using a catch phrase from Borat as your chorus is right. “Sexy Time,” which is both the title of the song and the chorus, is total over kill and should have never been done. Between the pointless raps and the weak beats is album artwork of starving African Children that is trying way to hard to shock people. No one is arguing with Syqnys––this is an album that “should have never been made.”