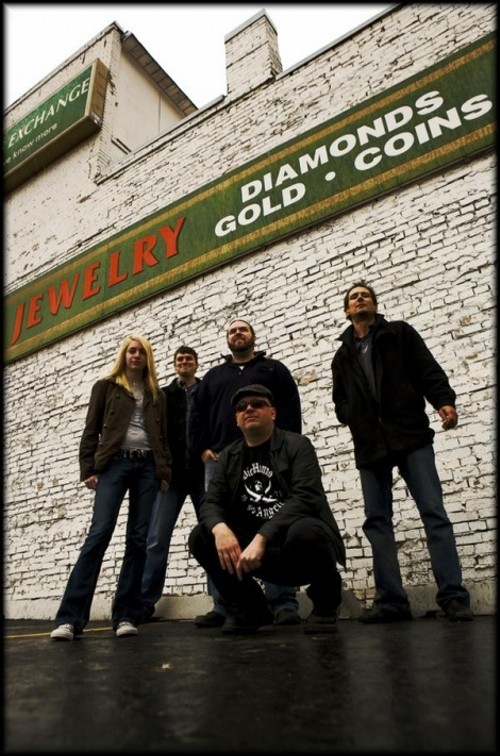 The Fully Blown
Three Some in Sparta
Best Table in Hell Records
Street: 02.04
The Fully Blown = Nine Pound Hammer + Black Flag + Super Suckers
How do I relate to you the greatness found on this record? In complicated words I could say, The Fully Blown is a heavy hard rock band with post-punk influences and lightly dusted with hardcore inflections, with touches of psychedelic guitar work. Simply put, they fucking rock. Unapologetic, especially about the mixing of rock genres, it’s great that this band does not shy away from going heavy on songs such as “Hot Barking Ropes,” but also will speed things up like on “Escape Goatee” which has an intense pace. Subjects like religion and sex are certainly not taboo in these lyrics, just listen to the song “Go Satan!” Even though they reach out to all of these areas of the rock n’ roll landscape, the Fully blown still keep a continuity about themselves which is no easy task considering the ground they cover on this release. I can’t wait to hear more from this band, as they seem to still have some tricks up their sleeves.