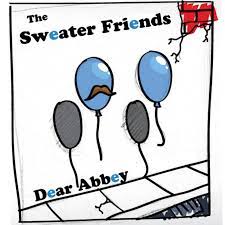 Your enjoyment of TSF depends on how much you like pop-acoustic duos, or enjoy feeling the pull on your heart strings this type of music elicits.  I should say this is good for what it is, which is acoustic rock (such a thing still exists), and an improvement over the majority of bands like this in the region. Though such vulnerability-producing music should not be consumed by those males whose testicles have dropped for fear of a desire to begin watching movies like (insert generic crap sob story movie) on purpose. I don’t know if I’ve ever been too into this sort of over-earnest fluff, but I know I did listen to too much Carpenters music when I was young, so maybe that type of audio abuse makes me biased. I craved a little backbone during the listen and sometimes I think I’d do anything for a good rhythm section on this kind of music. Anything. A god damn tambourine even, for fuck’s sake.