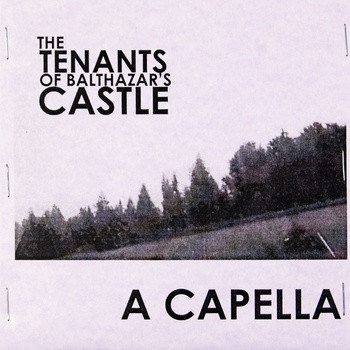 The Tenants of Balthazar’s Castle/Stag Hare
Mean Girls
A. Star
Street:01.01.08
The Tenants of Balthazar’s Castle/Stag Hare = Null + Yoko Ono
I once watched a performer maintain a tricky, tempo-swaying drum roll using a stick in one hand and a rubber ball in the other. I was completely mesmerized by the performance, but letdown by the recording and unable to convince any who heard it how magnificent it had been. This is my beef with 90 percent of so-called noise music: you have to see it to appreciate it, otherwise, if you expect anyone to listen, you damned well better make the aural side really interesting. The first two tracks of this roughly produced cassette, a static texture resembling exactly that, static, and a murkily filtered, unwavering loop that comes across as a Philip Glass excerpt, were probably exciting with the benefit of volume and live psycho-acoustic oversight, but they inspire very little interest via headphones; the third piece, gravelly with an intermittent high-pitched scrape, barely improves the lot. The recently enlisted to this genre might be a little shocked and mutter, “I had no idea this goes on!”, but anyone familiar with music post-Masami Akita will hear this as pedestrian naivet