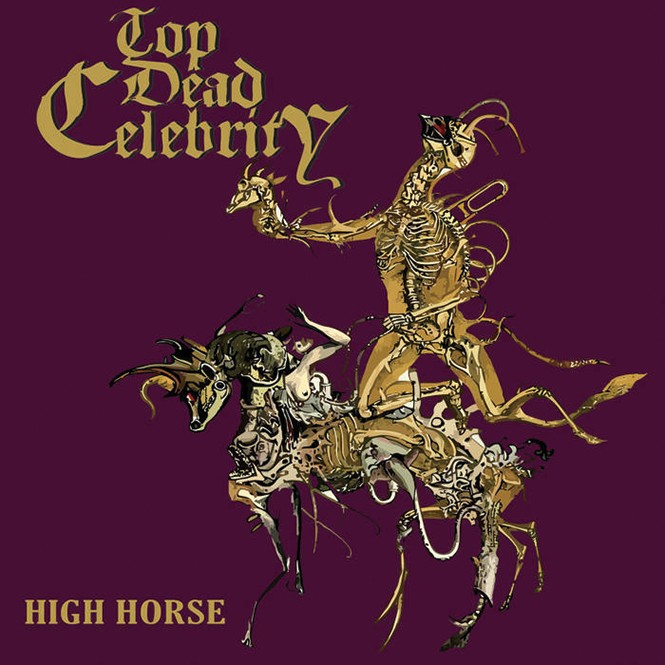 Top Dead Celebrity
S/T
Exigent
Street: 04.01.08
Top Dead Celebrity = Converge + Candiria + Kyuss
The opening track “Illuminati” on Top Dead Celebrity’s self-titled album made me hope this would be a dynamic instrumental band, and then right towards the end of the well-laced opening track they speed it up, give it the Kyuss kick and the hammer drops. Top Dead Celebrity is all about laying down the law from here on out. The music has some serious machismo, which a lot bands lack these days, and everyone knows that in order to have blues-laced hardcore, it’s mandatory to have machismo seeping out of every pore. The boys in Top Dead Celebrity definitely have enough machismo to keep the hardcore engine running.