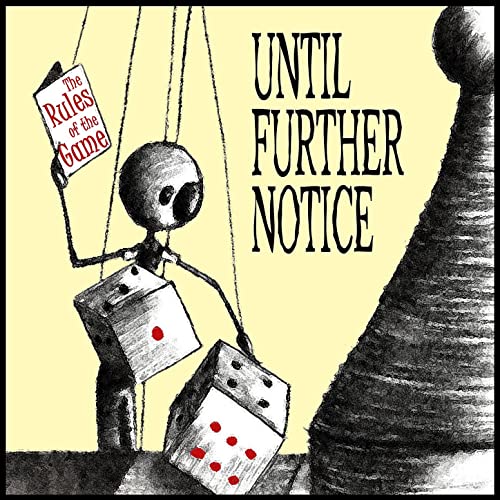 Until Further Notice
The Rules of the Game
Self-released
Street: 04.09
Until Further Notice = Simple Plan + Blink 182 + Sum 41
Until Further Notice is the perfect band. There, I said it. If I knew nothing about music, I might mean it. The songs these guys play are retardedly sophomoric and lack any musical talent beyond beginner-level teenage rock camp. You know that friend of a friend who is overly aggressive and wears the Tapout shirts, but goes tanning more than your little sister? He’s always talking about how he likes “wicked-heavy bands” and headbangs to anything with shitty distortion. This guy loves Until Further Notice. If Nickelback had vaginas instead of post-Bon Jovi cock rock, they would be Until Further Notice. If you’re into wearing sweater vests (not in the ironic indie way, but the GAP-store, yuppie way) and love AMFs at Liquid Joe’s, saddle up for some “heavy” rockin’!