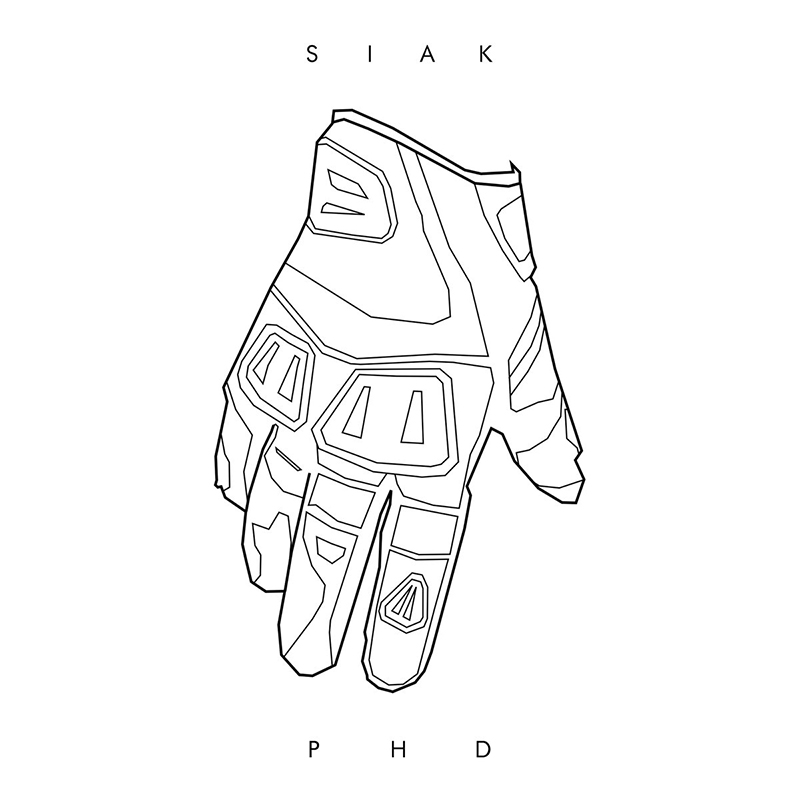 SIAK is the moniker of local electronic musician Chris Nielson, and PHD is his album out on Hel Audio. The half-hour album contains aggressive, brutal techno with a surprisingly delicate approach to arrangement and structuring. While the compositional approach is certainly additive, Nielson doesn’t simply pile things on in hopes of hiding boring ideas or one-dimensional progressions. Instead, PHD is full of sly nuances, audio trickery and a purposefully cluttered, manic atmosphere.

There are a few principles that guide the six tracks on PHD. Syncopation, loud, steady drum loops, dissonant synthesizers and distorted production aren’t so much musical choices that Nielson makes—rather, they’re the constant base from which he makes his decisions. There’s extreme uniformity here, and the details are what keep the album interesting.

The most successful culmination of these characteristics is the track “Choplifter.” The driving kick drum shows a hidden syncopation in the opening bassline, and the off-beat hi-hats throughout the track, while present on other cuts, feel especially bouncy and vibrant here. The two main keyboard riffs—one bustling and subdued, the other loud and separated—contrast each other perfectly, clashing on the right beats at the right times to create moments of aggressive disorientation.

One unique choice is Nielson’s placement of vocal samples within the otherwise digitized music. The second half of “Master Config” contains a repeated clip of someone breathing, while “IMBN” features the mantra of “it’s in my brain now” and “Hill Avenue Funk” loops what sounds like a golden-age hip-hop hook—those are just some of the immediately recognizable samples. The effect of these is twofold: It gives the mechanical music a bit of humanity, but also makes these human sounds a little bit more mechanical. These binaries fall apart in SIAK’s music, instead forming a whole where these two opposing forces combine in unsettling ways.

The final track, “Rev Limiter,” is also the sloppiest and most chaotic. While the drums stay as rigid as they should in techno, the keyboards, both through the syncopated writing and phasing effects, deviate from the beat. By combining these wayward synths with unrelentingly in-time drums, SIAK ends his album with a feeling of feeling the ground fall out beneath you but watching the steel buildings stand tall. –Connor Lockie