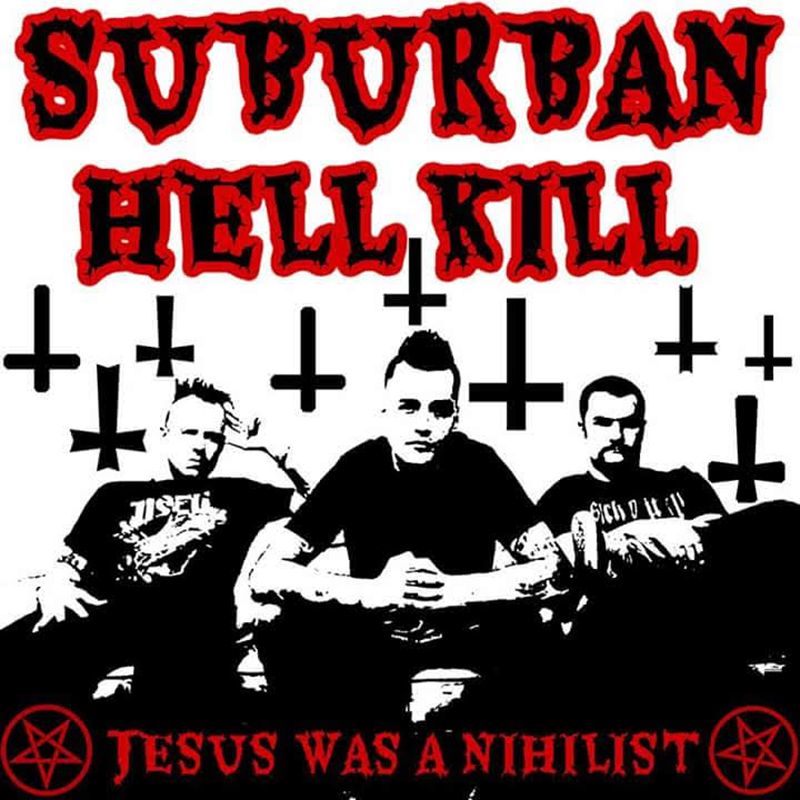 If you stand still enough in the heart of the city and aim your ears just right, you might hear the sound of Salt City spit hitting the pavement at 4,226 feet above sea level. It’s a balanced sound of angry, punch-you-in-the-face, hardcore punk with a metal thrash that, in the right moments, dump trucks you. That is the brutally honest and alive sound of Suburban Hell Kill. Josh Leland (guitars/vocals), Eric U. Norris (bass) and Adam Chryst (drums) infuse a beautiful blend of familiar sounds and make it their own, setting a foundation of pleasantly perfect, pissed-off cement right in our own backyard.

As you lean into the sounds of In a Perfect World, it starts with the song “D.C. in Flames” with the introduction, “I believe in death, destruction, chaos, filth and greed,” voiced by Edward Furlong from the film American History X. What follows is Suburban Hell Kill’s barrage of sound that comes out like live bullets out of the barrel of a gun with relentless precision. “We’ve seen it all before / What are we waiting for / This nation belongs to the people,” Leland sings. “They’ll burn it to the ground / Rebuild it to the sound / Of the people together talking revolution.”

“Dead Leaves And Broken Dreams” gives you the blueprint Suburban Hell Kill sound of Leland’s immediate and right-now vocals with a surfy, metal thrash rhythm section that holds the anger up and propels it forward. The rebellion/individualism vs. fashion speech from the film SLC Punk! sets off the track “In A Perfect World.” A perfect world with no systems, government, authority, religion or reason. “Be your own god,” Leland tells us. “Worship yourself.”

These hometown punk rock thrashers preaching “destruction, devastation in the age of revolution” give voice to a boxed-in town that isn’t really a boxed-in town. Suburban Hell Kill is rebel music. It demands to be heard. Pay attention, Salt Lake City! –Russ Holsten