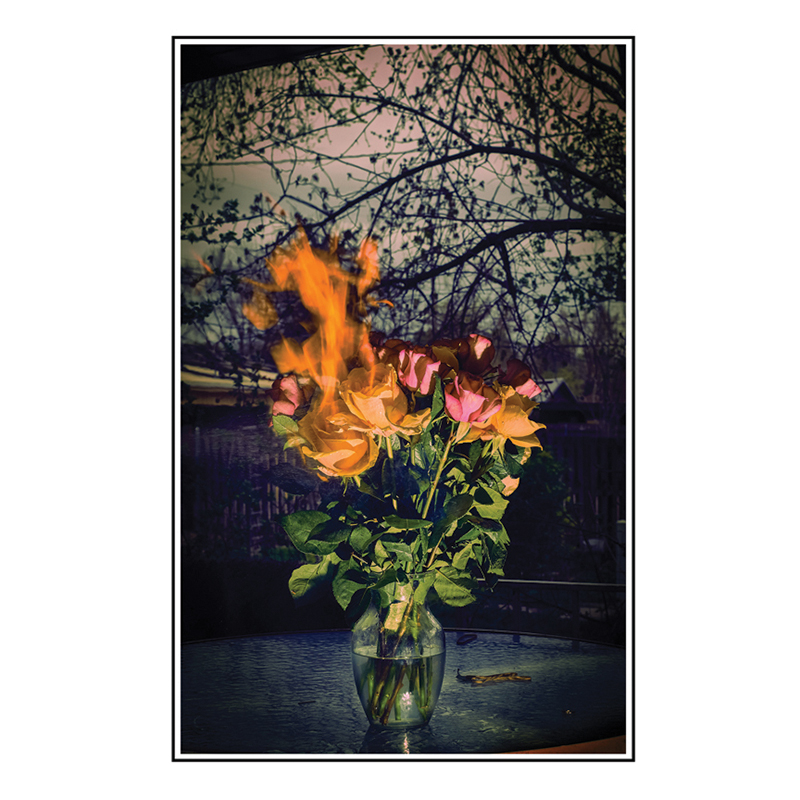 Sympathy Pain is the dreamy, ambient noise project of Skyler Hitchcox, an SLC local whose past includes time playing with Muzzle Tung and Witch Portal, the latter including Braeyden Jae, a former local who also deals in the noise genre. Unlike Jae, though, Hitchcox works with lighter, airier atmospheres that settle overhead like mist at midnight. The five-track album consists of songs ranging from three to 12 minutes, all wound with the sounds of black holes eating each other softly while metallic guitar chords pang and then echo through the soft space-hum. The album hovers somewhere in between the work of Sister Grotto and Grouper in that it reminds me most sonically of Sister Grotto’s slow-burn buildups and fades, but without the vague, steely edge of aggression that lightly permeates and often arches up out of her songs. It errs more on the side of Grouper’s softness and gentle exhaustion, conveying that feeling of lingering somewhere dark by yourself, be it your couch at 1 a.m. or outside the show you are considering ducking out on.

While the title of the album, Tangled Molten Skull, makes it seem as though the album will be harsh, the only harsh thing about it is the sense of fuzzy anxiety that is always buzzing, a scratchy drone that pervades the album. The opener, “Nagging Static (Ache)” is the noisiest track, where distant bumps, bangs and unintelligible voices combine with the scratch of building drones and melancholy guitar to convey the quiet yet strong anxiety. Aptly named, the song sounds like how a crowded evening out can feel: weighted, disoriented.

The rest of the album seems like an attempt to get away from that ache, and by the last song, “Ventricles,” things are calmer, if not peaceful. The constant droning becomes more honeyed, and the guitar, while of the same melancholy tone, has a flush of vigor, a revival that is on Hitchcox’s own terms. Sympathy Pain, and this album in particular, fits neatly and uniquely into the ambient noise genre. Delicate production offers up an emotional narrative that can’t be conveyed with words. Unlike other noise works, it is engaging in its emotion, making it a compelling listen for fans of the genre and newcomers alike. Lie in your bed, pull down the shades and listen to this album. –Erin Moore