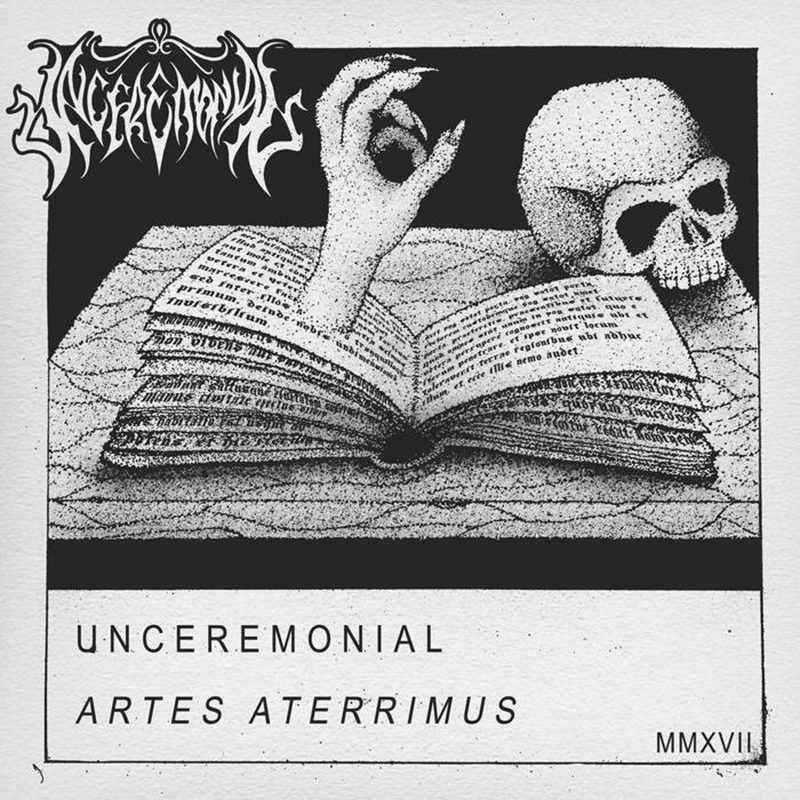 This black/death metal release from Salt Lake City is short yet sweet. With members from Odium Totus, Winterlore and Delusions of Godhood, the band may be young, but they don’t lack any experience. There really isn’t a way to examine this as a cohesive release, as it feels like a collection of songs that don’t quite fit exactly in a flowing sort of five-song form. There is a roughly minute-long piano-interlude track, “The Death of Romantic Thought,” which doesn’t seem to fit the release at all. That stated, the highly riff-driven, Swedish-inspired black/death of Artes Aterrimus starts out in full speed: “Funeral March of the Dark Ruler” goes by quickly with a core riff that will easily stick to your skull long after the song is done. The underlying melodies throughout the songs are subtle but done mostly in the lead guitar sections—at least that’s the vibe I get. Along with the serious black/death riffing comes a quite audible vocal approach—there are growls, but even for those uninitiated in deciphering Connor G. Carlson’s growled/snarled vocals, it’s easy to make out what he says. The lyrics are all pretty bleak, but they erupt from Carlson with strength. The vocals feel as if they are empowering the darkness within the songs to come across even stronger, a feat that many black or death metal artists—in so, so many instances—fail to achieve with their vocal approach.

There are great highlights in the five songs here. The aforementioned piano track, while I don’t feel it fits the songs, is great in itself. The melodic end to “Night, Sweet Night” is fully mesmerizing. The opening riffs of “Onward to Oblivion,” are crushing and recorded with a nice raw yet crystalline fervor. The song also exhibits a great deal of the bulk of any tremolo riffing of any of the tracks. The longest cut, “The Blackest Craft,” is probably the densest of the release, offering a lot of varying instrumental craft and songwriting. I hope to hear a lot more of Unceremonial. –Bryer Wharton