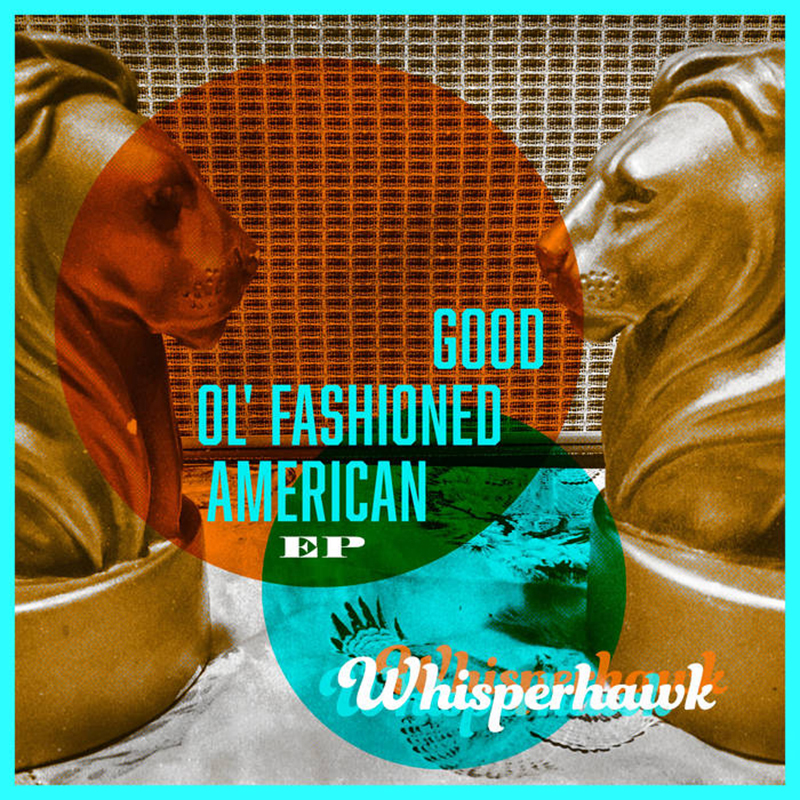 Whisperhawk are a local indie folk-rock duo with singer-songwriter Michael Gross (vocals, guitars, bass) at the core and Matt Glass on the drums. Good Ol’ Fashioned American is a five-track EP that has been noted on Whisperawk’s Bandcamp page as, “Written and recorded in a basement room pre and post 2016 Presidential election.”

The album opens with “America 3.0,” a simple-sounding song beginning with dramatic starts and stops on the acoustic guitar, framing the lyrics: “Oh dear / You’re easily persuaded / In times of complication / Can you read between the lines / Oh truth / You’re easily deserted / You’re fickle and perverted.” The drums blend slightly into the background of the guitar with the occasional noticeable roll, supporting frequent yet brief appearances from the electric guitar’s higher-note riffs and some lower grungier licks.

The acoustic guitar and drums are the foundation for “Where Are We Now.” The bass and electric guitar ramp up for the bridge and chorus but are typically played in high notes. They feel airy and un-invasive, leaning more toward indie-pop. Over the layered instrumentals, Gross sings, “Where are we now / How did we get here / Where are we going.”

Contrary to other tracks, “I Just Can’t Leave Well Enough Alone” is entirely acoustic, while “I’m Not Going Out,” is the reverse—the electric guitar is the foundation with some acoustic guitar. Gross moves through a series of catchy electric chords, but the lyrics are sung among acoustics: “How could you put your faith in them / There is no rest from all your fears;” then, with the electric guitar, “It’s just a dream / It’s all pretend / How could you put your faith in them.” For dramatic effect, the music subsides so that it’s just the drums as Gross sings, “Woke this morning / I’m not going out,” and the electric guitar builds and breaks down briefly before returning to just drums, “We are going to get what we deserve.”

With Good Ol’ Fashioned American, Whisperhawk have mastered the art of depth and instrumental intricacy, allowing listeners to discover something new with each replay. The topically relevant album shifts from indie to folk and rock to pop, and perfectly balances and diversifies the tone and rhythm with each song. In their infancy, they’ve created an album that warrants repeating for an easy-listening, aesthetically pleasing experience. –Lizz Corrigan