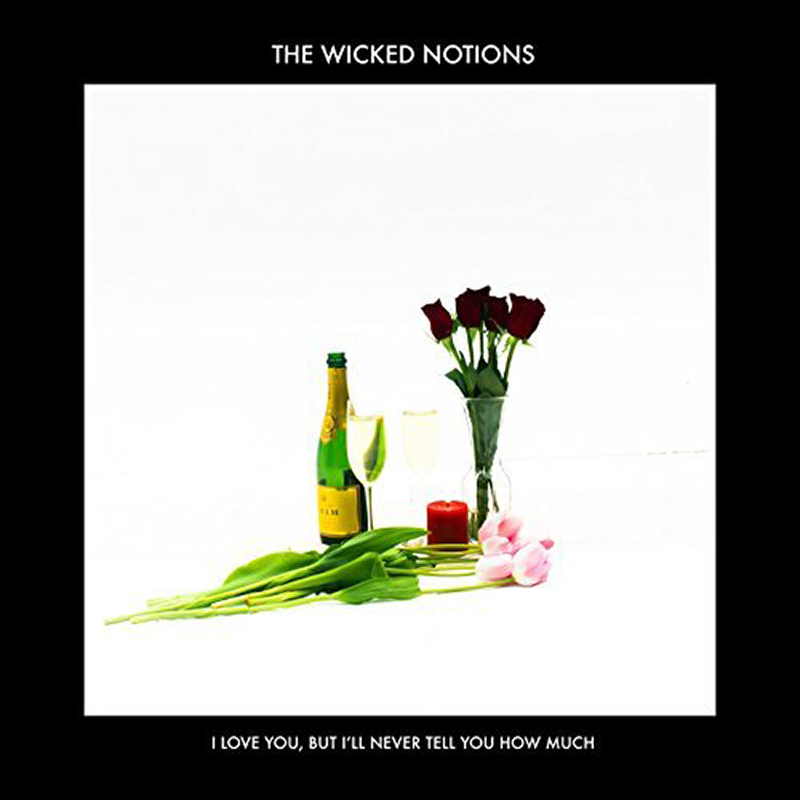 Local Review: The Wicked Notions – I Love You, but I’ll Never Tell You How...

The Wicked Notions
I Love You, but I’ll Never Tell You How Much

The Wicked Notions struck an alt-rock chord in early 2016.  Long-locked and stoic frontman and songwriter Drew Rindlisbacher fetched an unmistakable Eddie Vedder likeness, and the band’s stripped-back sound was simple and gritty. In the ensuing year and a half, The Wicked Notions have displayed an acoustic transformation. Their freshly dropped EP I Love You, but I’ll Never Tell You How Much is a mix of brooding electro-pop with a tinge of R&B and mid-’90s Goth rock. They deliver hefty, dour and often existential messages  via dark yet accessible and surprisingly danceable tracks in this new conceit. Clean and clever sampling blends with straightforward melodic sophistication and interesting use of vocal and sonic distortion. “Graves” and “Red Lights” are potent electronic tracks with catchy looping synth sequences. Rindlisbacher gives a consistent and smooth vocal performance that rivals any hyper-polished pop act, yet it  maintains a subtle rock sensibility. Tracks like “New Kids” make The Wicked Notions’ contemporary sound slightly difficult to distinguish from major-market cohorts of the currently prospering electronic pop genre, yet their ability to play with the bigger boys may ultimately be one of their strong suits. “Tell Me You Don’t Love Me” and the EP title track embody sometimes frustrating lyrical scarcity and repetition, yet the whole of this collection is well produced and sonically indulgent without being overwrought. The Wicked Notions’ evolution indicates an ability to flex musical muscles and match industry trends yet maintain artistic integrity. As a devotee to electronic music in all its incarnations, upon digesting this new EP, I find myself quietly convinced that The Wicked Notions have found a keyhole in their sound and are headed through the door to bigger, brighter places. –Paige Zuckerman

Monsoonal rainfall served a sudden respite from Saturday’s sweltering heat, and The Wicked Notions were an equally wild and refreshing distraction. After a fun, fumbling soundcheck, the band quickly awoke the small crowd at the equally minute local food-bank benefit, Beanstock, with an energetic and all-out rocking set. They played several selections from their recently self-released EP paired with new offerings replete with impressive solos from the five band members. Although their recent offerings lean strongly on dark electronic sounds, their live performance is as pure as any alternative rock band can offer. The humorous stage presence of their charming frontman, Drew Rindlisbacher—especially in interaction with his lovable bandmates—is an absolute treat. Having worked through a recent two-week head cold via the supporting heaps of hot tea and honey, Rindlisbacher’s vocals were unflappably clean and versatile, from brooding depth to pseudo-rapping to screaming on pitch. The band’s confidence is palpable without being excessively grandiose. I find myself curious to see The Wicked Notions more fully explore and unfold their sonic, kinetic and visual identity. Ostensibly, this talented local group has the musical chops, and the package it’s wrapped in could use a bit more ears. The gig was a short set list, and no doubt I would have gladly imbibed a full two-hour show by the band without fatiguing. The Wicked Notions graced a small and humble stage this time, and perhaps grander venues and greater crowds are in their not-so-distant future.