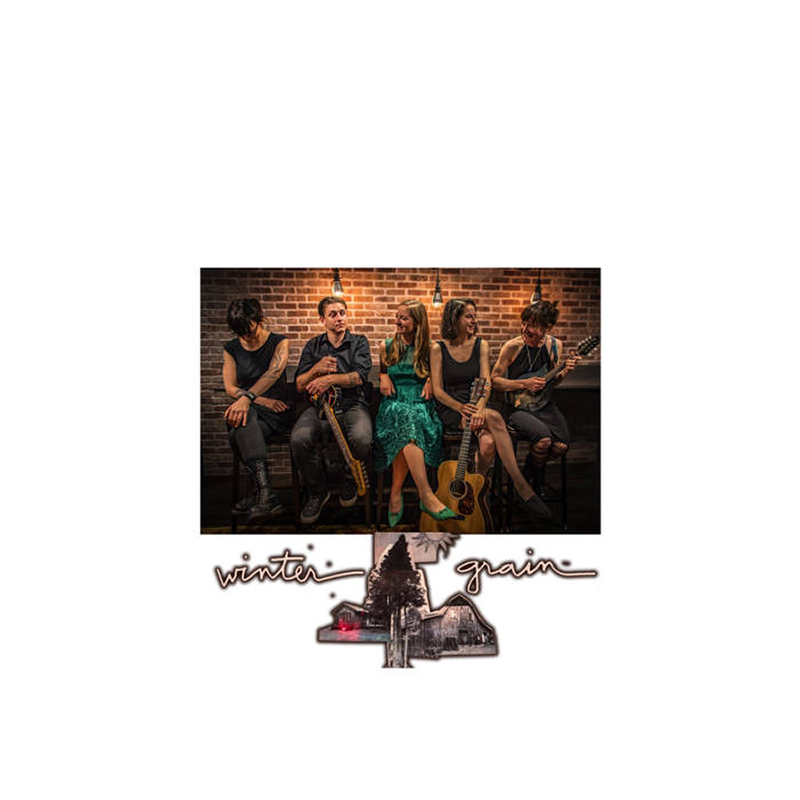 Both the band and the tracks have undergone adaptation. Anderson’s notable “Solitary Trees” remains on Winter Grain, which lyrically and metaphorically stands for perseverance. This track is perfectly filled with instrumental variation balanced by Anderson’s delicate yet resonant vocals. From subtle notes on the keys, to the soft bowing on the strings coupled with acoustic strums, the song feels matured and more affecting.

The EP opens with a brand-new track, “Breaking Glass,” a country folk track that stuffs the powder in the gun and starts the fire beneath the trees. The first few lines of the track are sung a cappella before the band breaks into a well-structured strumming and plucking on the slide guitar among a bowing frenzy, with a brief moment of softened instrumental to showcase a gusto-filled harmony between Anderson, Saunders and Neu.

“Don’t Force It” is a softer country folk track with Shupe’s mandolin at the forefront and more noticeable drumming. The song is short and sweet, with Anderson crooning over the joyous rhythm and between the dramatic pauses, “We’ve got nothin’ but time.”

Winter Grain honor past and present music by refining old tracks and creating new art. With this new album, and their album release in Clark Planetarium’s dome theater, Winter Grain demonstrate their sui generis undertaking of all that is new and changing. As Winter Grain continue to evolve, there is no doubt that their notable craft will flourish and grow as strong as winter grains. –Lizz Corrigan