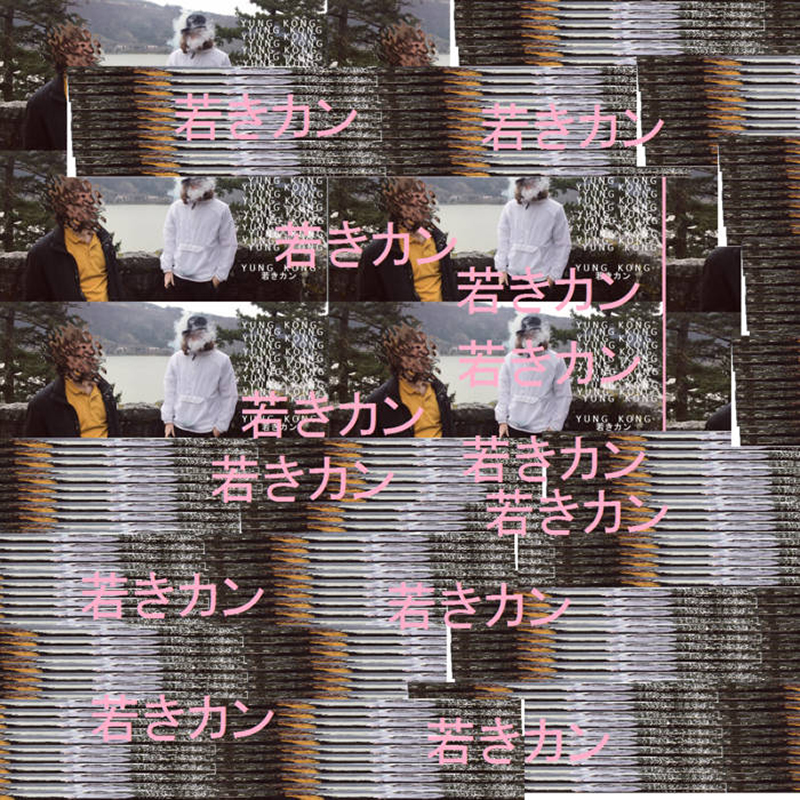 Where Phases stands out is its reliance on its source material as a foundation. It’s a three-track movement through wailing synths, watery ambience and, of all things, samples from various Donkey Kong games. In fact, the first two tracks are almost completely composed using the sounds and music from the SNES Donkey Kong Country series. Honestly, as someone who grew up on that material, Phases feels like an inventive release, embracing the strength of SNES-era music for more than just its nostalgia. On the first track, “森F O R E S T林,” a robotic voice flatly says as much, calling itself a vaporwave/seapunk revival. To me, vaporwave and its sub-genres often come off as gaudy and overly nostalgic, too ironic for their own good. But Phases finds the elegance within the genre. The melodies are pitched down and have a slushing quality to them, like treading slowly through knee-high water or trying to run in a dream. The second track, “ステッカ B U S T E D が壊れた,” makes a whole song from this technique, using Donkey Kong Country 2’s “Stickerbush Symphony” as a melodic backbone. It’s markedly different from “森F O R E S T林,” which builds off of another Donkey Kong 2 favorite, “Forest Interlude.”

Maybe I’m in the weeds pointing out the specific songs yungkong is playing with, but I really can’t divorce my childhood enjoyment of them from the way yunkong plumbs the soundscape. “ステッカ B U S T E D が壊れた” accentuates the original synth leads of “Stickerbush” with a slow beat, alternating through the left and right channels while the pitched-down background synths provide the classic backbone melody.

But the third track, “何 も J O J I 何 も,” brings a completely original sound, no samples—a slow burn and a somber mood. “I don’t want to waste my time if I can’t be by your side,” it drones. Easily the best and most original track, it marinates and plods for a long time. At seven minutes, it can have a Lynch-like quality through its stuttered, robotic vocals and insistent deliberation. Phases has a wild but surprising variety that way—each song is tonally similar but distinct, still as mesmerizing as the material from which it’s built. –Parker Scott Mortensen