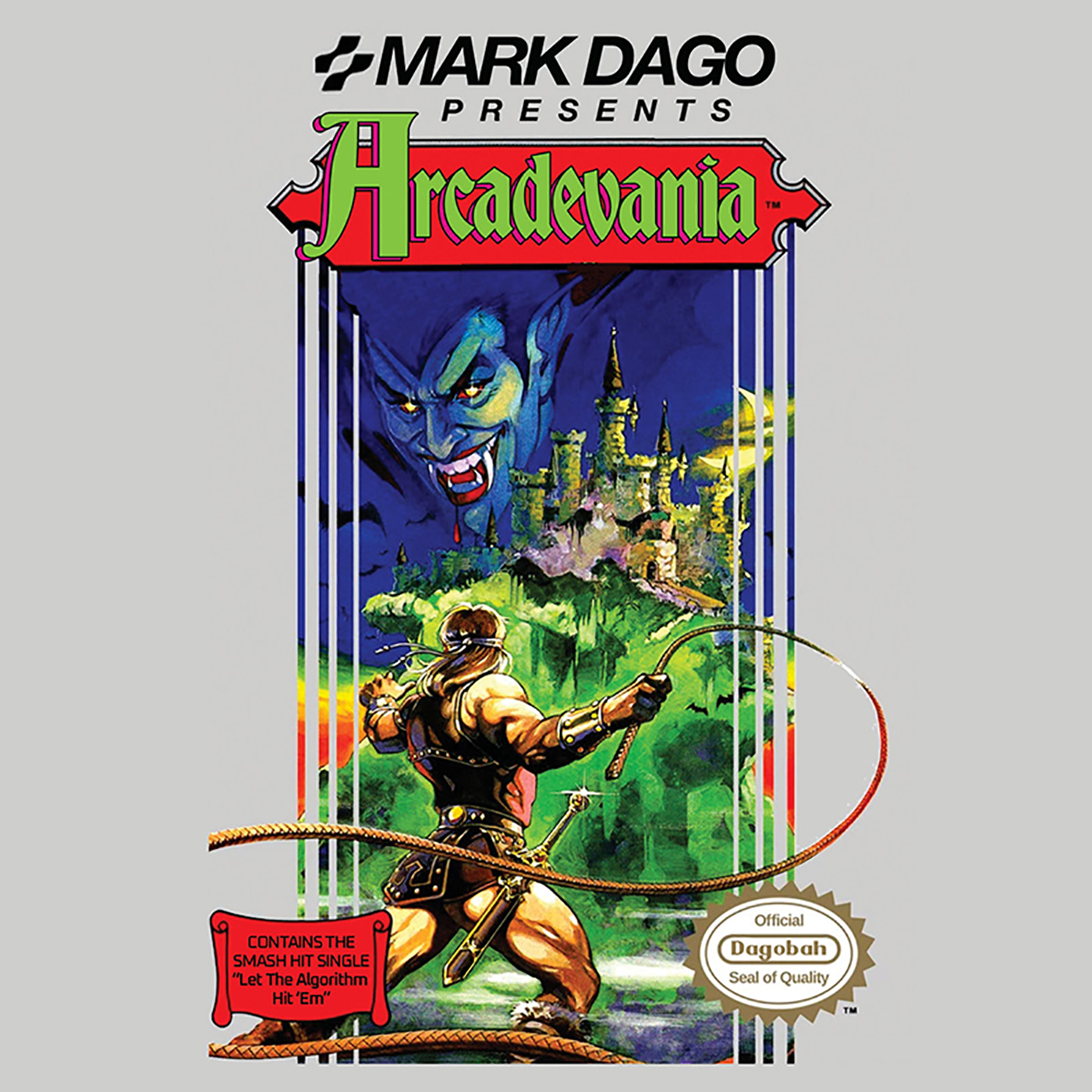 Local artist Mark Dago is back with his latest work, Arcadevania. On this album, Dago explores unique sounds and lyrical techniques, incorporating 8-bit elements with a throwback rhyme aesthetic.

The lyrical scope of Arcadevania follows themes of old-school video games and nostalgia, with Dago weaving tales of what life was like when he was younger. At times, he also attempts to incorporate modern-day political issues into his lyrical content, taking stances on war, capitalism and consumerism. Songs such as “RYNO” seem to do both, weaving a video game–themed narrative with thoughts on warmongering. Dago raps, “Warmonger, devastate, single sword melee, desecrate,” making a comment on conflict in today’s society through gaming metaphors.

Despite his conscious leanings, Dago’s lyrical delivery and his rhyme schemes throughout the album border on tacky and aren’t as creative as they could be. On “Made Men,” Dago attempts to jab capitalism and the ultra-rich, rapping: “You and me / Meant to obey / It works too well / Like clichés.” Unfortunately, lyrics like this become cliché in their own way and don’t pack as much of a punch as they should. Oftentimes, Dago seems to choose punchlines that aren’t as strong as they could be, and his rhyme structures are slightly predictable.

Dago’s delivery style is high-pitched and punchy. Sometimes this works for him, but other times it can get a little repetitive. It would be nice to see Dago flaunt different styles in his work. Though he is a strong lyricist at times, these moments sound so similar to weaker lyrics and delivery that it’s hard to pick them out in the album.

Dago has an aesthetic that has promise to work for him, but some refining seems necessary to get to the next step. “Let the Algorithm Hit ‘Em” is one of the strongest songs on the album. Dago playfully jumps over the track, weaving wordplay well and chanting “let the algorithm hit ‘em” to a well-produced beat that reminds one of A Tribe Called Quest. The strength of the song comes with the features that Dago masterfully chose to add-in. Rappers Mega Ran and Adam WarRock bring their own unique delivery to the track, making it a powerful summer jam that is reminiscent of old-school ‘90s chart toppers.

The beats on the project are interesting and unique. Many of the samples and instruments bring about memories of an older school of hip-hop music, where short, abrupt sounds played larger roles when compared to the smooth and repetitive instrumentals used by producers today. The instrumentals match Dago’s voice and cadence, which is obviously leaning toward an old school Beastie Boys-era sound. Overall, the beats on the album are a bit too loud and can often drown out Dago’s voice. On “Doomsday Clock” and “Blocks and Blocks,” the beats—though they are unique and enjoyable—drown out his vocals. This mix makes the sound seem old-school but in more of an amateur way than as a tribute.

If you love 8-bit and nostalgia, give Arcadevania a listen. Be sure to keep an eye out for more of Mark Dago’s work as he continues to build his sound. – Taylor Hartman