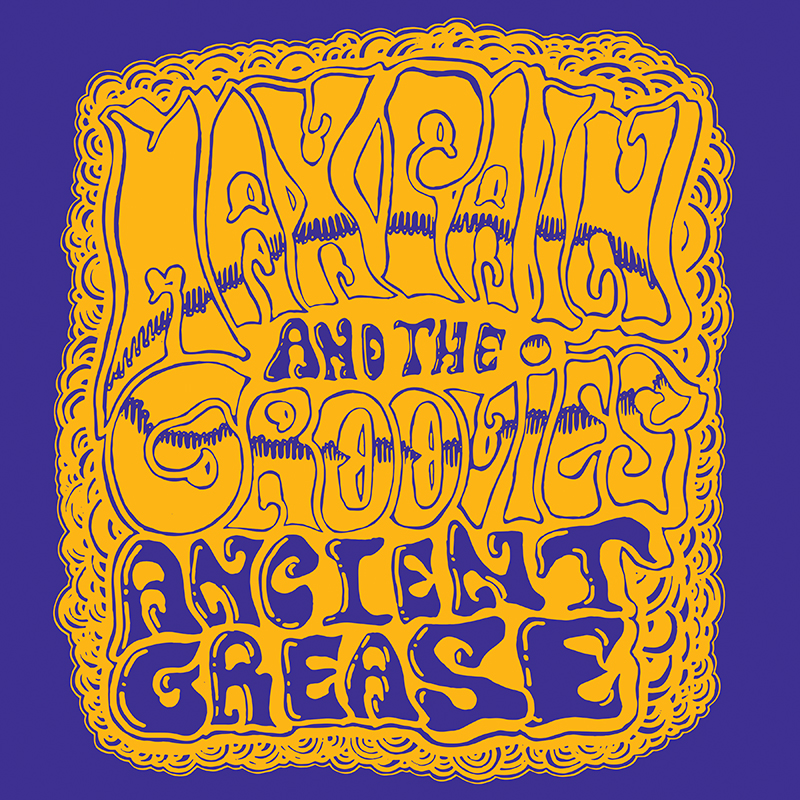 Salt Lake City’s Max Pain and the Groovies are the embodiment of the local music scene. They are a constant presence at local venues, always throwing back beers and jamming front row for fellow artists. They have made a name for themselves in the city with their perpetual hard work and by forever being the badass party boys that they so clearly are.

Staying true to themselves, Max Pain’s newest album, Ancient Grease, is essentially about partying. The album is both light-hearted and dark, leading listeners through the collective world of the five band members. Take the first song on the album, “Don’t Shake My Busch”: Vocalist David Johnson howls, “It’s hard to stay easy when the blood shoots your eye / You drink cause you’re nervous but chug to be fine / You get a little stable, till it slurs all away / You get it from drinking the Busch this way / Running five fingers through the rats in your hair / He pounds down another, spews everywhere.” Surfy guitar parts, keys that come in at 3:25 and alternating fast-and-slow tempos escort Johnson’s lyrics throughout the song. “Evil Mountain Desert People” plays like the soundtrack to a horror film. Kallan Campbell boomingly captures a specter with each pick of his bass. Troy Coughlin’s heavy, big style of drumming is reminiscent of ‘70s-era Misfits à la the Glen Danzig days. Ancient Grease is full of energy, but “Quarter Sodas” might just take the cake for the most energetic of all its tracks. Between the crashing drums, dueling guitar parts and a science-experiment-style bass line, this instrumental song allows a perfect break in the middle of the album. “Trippy Machete” is titled quite appropriately, as this is by far the grooviest song on Ancient Grease. Johnson turns up the reverb on his vocals for a raspy, muffled effect that only adds to the complexity of the song.

The psychedelic garage rock that Max Pain have branded is one of a kind in the small city of Salt Lake. They’ve mastered the art of cliff hangers on this album, keeping the listener guessing if the song is coming to an end or if it’s just halfway through. If you haven’t checked out a Max Pain show, then get yourself out to one before they make the move to New York City, but be warned if you are standing front row—Johnson might just whip a water bottle offstage directly at your face. –Alexandra Graber