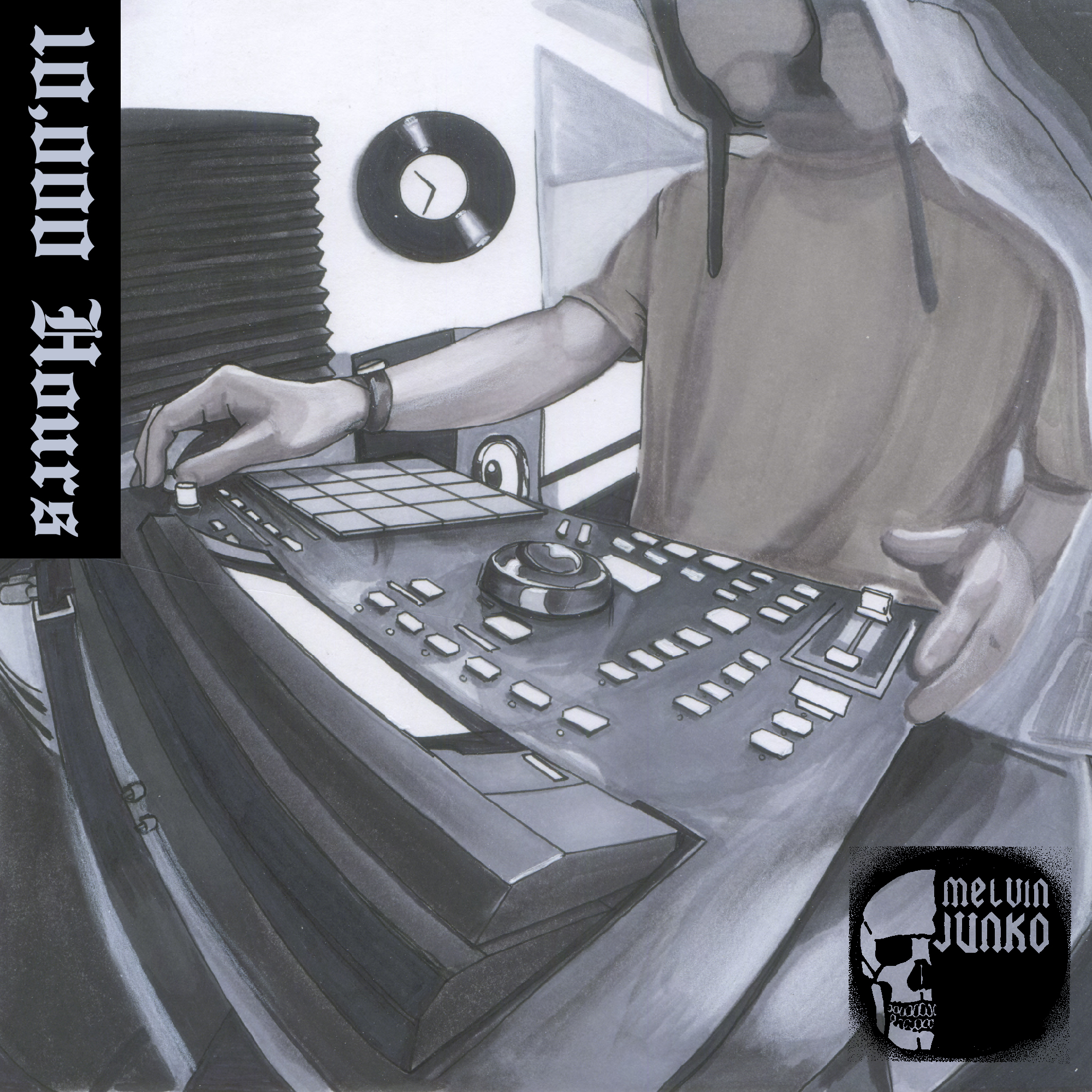 10,000 hours—according to author Malcolm Gladwell in his book, Outliers, every great classical composer must practice for a minimum of 10,000 hours or 10 years before truly becoming a master of their craft. This year marks Melvin Junko’s 13th year in the music industry, and this is his 10th release. It sounds like he’s making his case for the label of maestro.

On this project, Junko employs the vocal services of emcees from Utah and abroad, from local legends D Strong and EneeOne to Rock of Heltah Skeltah, Hell Razah from Sunz of Man, Rasco (Cali Agents), Copywrite (MHz Legacy), The Artifacts and Bronze Nazareth, among others. There’s also the turntablism of DJ Trickalome on a couple of tracks. Other than that, it’s 10 bangers from the MPC 2000XL, record collection, turntable, mixer and mind of the Salt Lake City artist. The standout track, “Salt Garden,” features El Da Sensei and Tame One’s rapid-fire back-and-forth over a familiar format that reminds you of DJ Premier. Melvin doesn’t stray far from rap conventions: He builds upon them with respect to his predecessors. The result is an album that is devoid of trap beats, chants and “aye” adlibs. 10,000 Hours is rugged boom-bap music for the backpackers, DJs, writers, B-boys and emcees.

After Gladwell’s 2008 novel, several people have come forward in an attempt to debunk his theory, but regardless, one thing is certain. To truly know what type of artist you were meant to be, it takes “actual practice and hard work”—lots of it. Junko’s project reflects years of studying his peers, developing his own skills and making connections with artists from different crews through hard work and diligence. If you consider yourself a Utah hip-hop head or even a nostalgic ’90s-rap enthusiast, this album should go in your music library without hesitation. –Keith McDonald