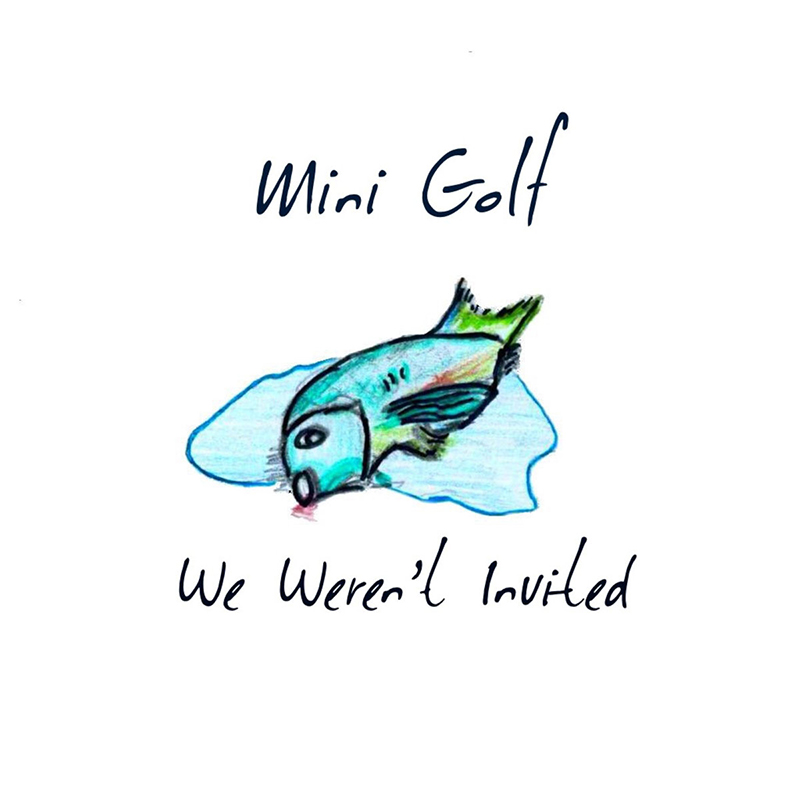 Every now and again, we are allowed a peek into the psychosis of a young man that is so visceral, it carves open our hearts like a can of tomato soup: the detached Holden Caulfield of The Catcher in the Rye, the nefarious Tyler Durden of Fight Club, the frustrated Mike Muir of Suicidal Tendencies’ face-melting “Institutionalized.”  Add to that list singer/songwriter Chazz Pitts, a little-known SLC denizen whose prose is as brutal as the darkest Salinger.

Gary is the subject of the song of the same name, a man whom they commemorate on their Bandcamp page. In mounting instrumentation and Pitts’ Oberst-ian screams, we learn things about him: that he was born without a heart, that his mom calls him a bastard, that his girlfriend is dead—we learn that he has always been a punching bag. Pitts, assuming Gary’s persona, is sweltering and sad—mostly because we’ve all known a Gary. The song is the peak of We Weren’t Invited.

Occasionally, the folk-punk four-piece’s acoustic guitar is off-key, or Pitts’ voice sounds somewhat whiny, but where they may lack, they make up for in attitude: transparent, emotional and wordy as hell. mini golf don’t comply.  Above simple—and ironically soothing—arrangements, they challenge the social tally and that evasive meaning of life with no semblance of feigned certainty. Like the outcast, they are angry. Like the recluse, they are bruised. Like Gary, they’ve really got to go.

There is airy percussion on “Doomsday 2K16” and a pleasant little chord progression on “Watch Your Front, I’ve Got Your Back,” but this band is about something bigger, something that will reach the SLC punk who skips college and hates the Valley Lanes. mini golf have astutely learned that enough knocks from life—student loans, broken promises, burnt toast—will eventually spill that lidless tomato soup, leaving nothing but an empty tin can in your chest.  No wonder they weren’t invited. –Cassidy McCrane