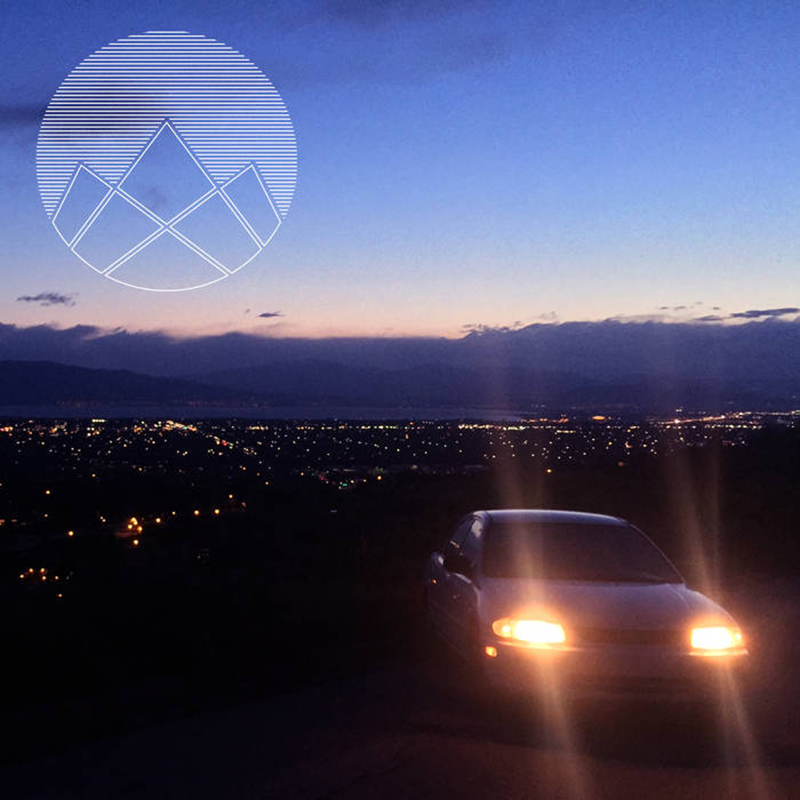 Andrew Aguilera, who creates darkly ambient sounds under the name of Mooninite, has fashioned a summer-worthy driving soundtrack in Mooninite (EP2). Currently available for digital download on Mooninite’s Bandcamp, I recommend—before even giving a full-fledged review—that you download the EP and go cruise State. It’ll be a night to remember.

If the EP’s cover can be considered any indication of a suggested interpretation, then drive is exactly what Mooninite—or photographer Karl Jørgensen—would like us to do. A sunset (or sunrise) is depicted in the background. A mountain range, shrouded in a low-lying cloud, sits below a pale yellow to light blue sky, suggesting a sublime peace lingering in the distance. In the middle ground, a city grid is shown, lighted and blurry, like fireflies from a distance. The foreground has a car with headlights on, suggesting a motion, or at least the intention of motion. The picture relies on the contrast between light and dark (and one encroaching in on the other), motion and stagnation, and journey and destination.

The EP opens with “Better Things (Intro),” which features a rolling piano and programming blips traveling back and forth between the speakers, creating a dimensionally significant stereo effect. It sets the pace in a gentle but representative way. “Main Street” is a mellow number that works through a variety of glitches, piano vamps and some space-like ambient sounds—it gives the impression of a backing track for an anime dream sequence. In a darker way, “Effort” uses a similar formula of piano, glitches and ambience all laid over a trap beat to create a pleasantly surreal concoction. As mystic and muddled as an absinthe bender, “Bad Drink” features perception-blending dissonance and octave warping. Mooninite (EP2) closes with “Like Home (Mooninite Edit)”—an edit of whose song, your guess is as good as mine—which takes a more ecstatic approach with rising and falling horns, guitars and rapid blips. As quickly as it began, it ends—a fading light in the night.

Mooninite (EP2) is the type of EP that is best listened to on repeat—trailing and traveling along with the adventurous listener. My only wish is that the EP had been an LP, but ultimately, this makes me look forward to Mooninite’s future releases. –Z. Smith