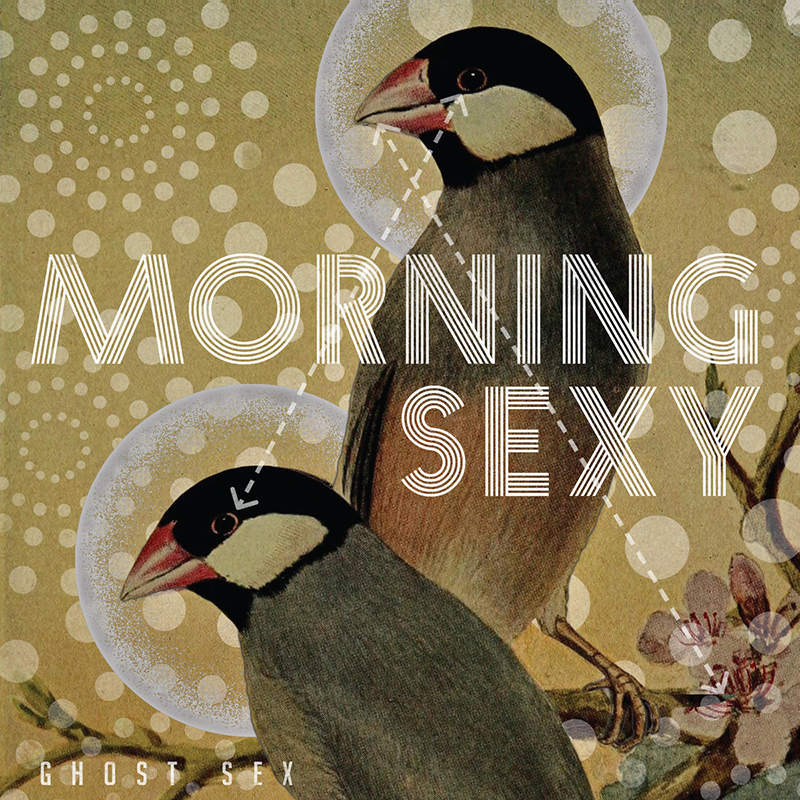 In the time I’ve spent writing about music, I have never found a band whose name alone encapsulates their sound. Morning, Sexy are an indie-rock quartet hailing from our beautiful Beehive State. As their name suggests, their sound is a bright and energetic breath of fresh air with a rhythm that is better than a cigarette after sex.

The changing flourishes of Megan Huard and Shane Stewart’s voices bring uniqueness to Morning, Sexy’s sound. Members Jack McCall and Brenten Canfield bring a soothing and hypnotic groove, paired with the occasional, powerful blasts of music that really wake up the listener.

Ghost Sex is only five songs long (if you don’t count the song hidden towards the end of “Outroduction”) so it does make me wish there were more to listen to. That said, the album has an amazing listenability. I can sit and listen to it on a loop, and it doesn’t become repetitive—every listen is just as groovy and relaxing as the last.

With an album as short as Ghost Sex, it can be difficult to pinpoint one standalone track, though I do find myself really getting sucked into “You’re Gonna Go Far” and “Outroduction.” “You’re Gonna Go Far” opens up with an energizing sound that really makes you feel good and want to move. Meanwhile, “Outroduction” starts as a fast-paced instrumental piece that breaks for about a minute and then comes back as an acoustic track that could rival Isaac Brock and the rest of Modest Mouse in sound and feeling. Ghost Sex is a fun listen for anyone who loves a good mix of vocals and groovy, happy tracks. I’ll continue to listen, and I look forward for more from Morning, Sexy. –Connor Brady