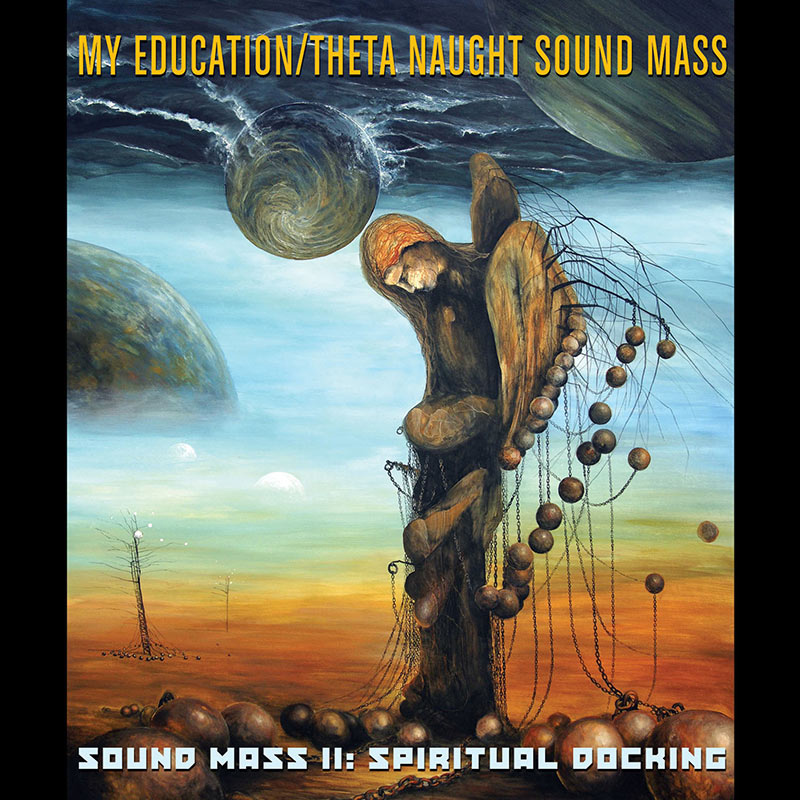 As touring partners and close musical collaborators, SLC-based Theta Naught and Austin, Texas–based My Education create dense, emotive post-rock that seemed predestined to fall into each other’s loving embrace. Sound Mass II exists as a vehicle to explore joyful and informed improvisation between the two acts. Theta Naught’s heady, post-classical strings simultaneously buoy and add depth and breadth to My Education’s kraut-informed rock-ist explorations into long-form compositions and dynamic buildups to roofless crescendos. These two groups don’t waste a terrible amount of time feeling each other out. Rather, they launch headlong into scorching, eight-to-10 minute burners rife with enough tension and unexpected twists and turns from forlorn and “filled with ennui” to epic, rhythmic heaviness that leave the listener breathless at the end of each track. There have been a few records outside of the jazz and noise canon that capture improvisation at its most astute and conscious—this is one of them. –Ryan Hall