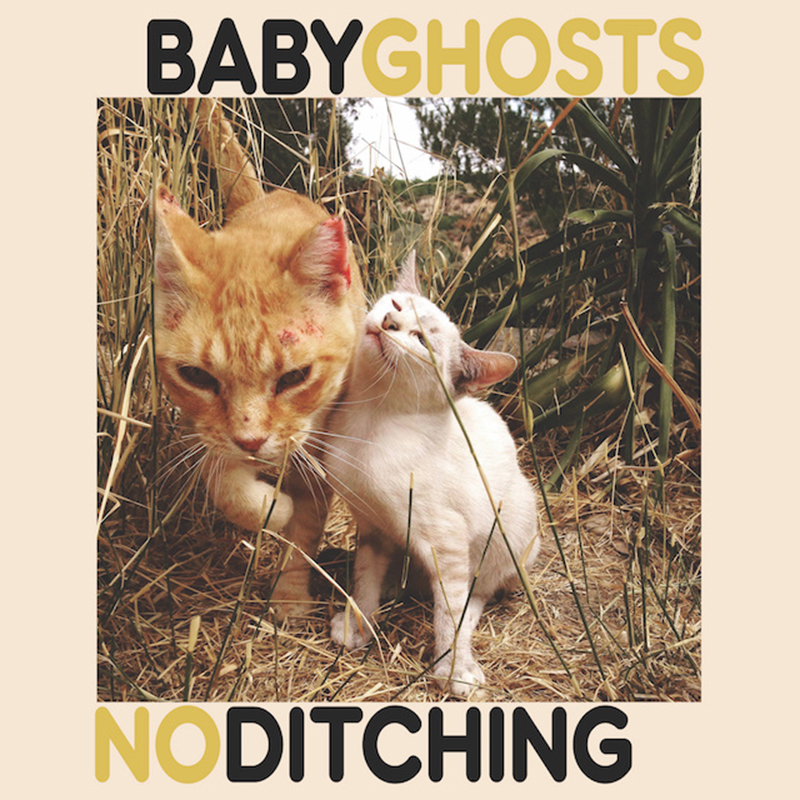 The best part about this split is that two bands, rocking super similar brands of unapologetically energetic and innovative pop punk, found each other from across the world and managed to put out this fantastic thing together. No Ditching are from the town of Pity Me (wonderful, right?), all the way over in the U.K. This split’s goodness evidences the goodness of whatever providence brought these bands together.

The first two songs on the split are “Emo” and “Dog Problem” by No Ditching. They remind me of SPORTS with a bratty twang. The end of “Emo” drops off with the same tone as a Baby Ghosts song, and the voices “oohing” over one another also hearken to Baby Ghosts’ style. Both bands have a whole lot of the same sort of attitudes. The lyrics in “Emo” are incredibly catchy, ending with, “I’ll do the emotional work for you / I’ll do it if you want me to / I can take it yeah / I can take it, and I won’t even think it through.” Their second song, “Dog Problem,” is equally catchy and reminds me of a Tacocat song, but it’s moody—and the song itself is a testament to how catchy angry jangles can be.

The Baby Ghosts song, “Return of Bones (Part I and II),” is their first newly released song in a while, and, as expected, it doesn’t disappoint. It’s a little longer in length than most of their past material, at 3:26. It starts off with their typical fast tempo and lyrics that sound ghost-themed, even if they don’t mention ghosts, sweetly sung at spitfire speed. The song progresses with its fast-paced, vital drums that rush in perfect tandem with their well-honed guitar style. And even if it is about a ghost, some of the lyrics hint at issues of self-belief that made me feel kind of mushy. –Erin Moore