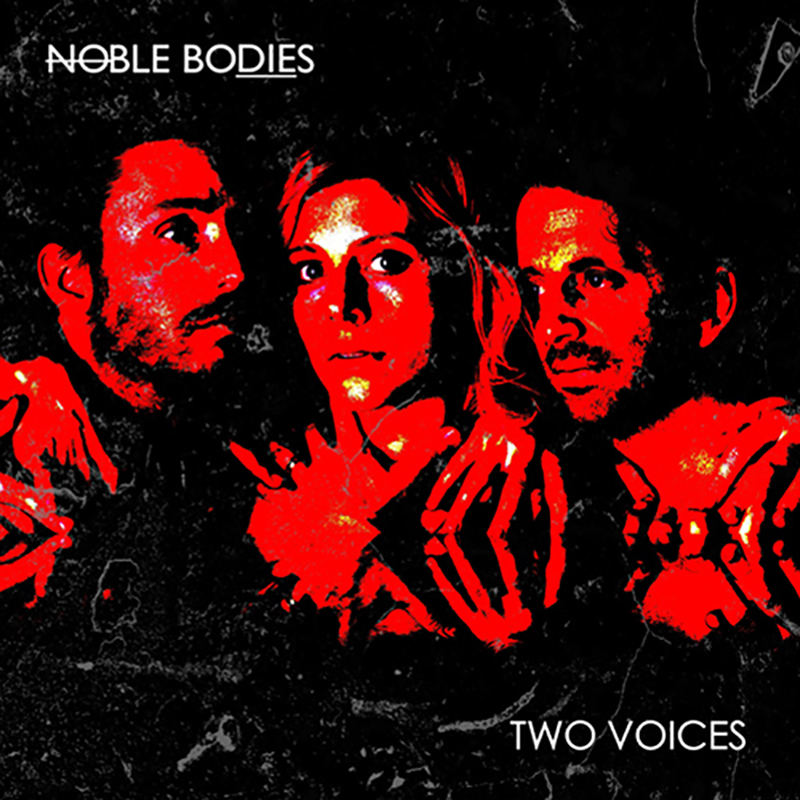 It’s rare to find an album as clean-cut as Noble Bodies’ first album. Having released some heavier music in the late 2000s under the moniker Another Statistic, Noble Bodies seem to have constructed Two Voices as more of a spiritual successor to Neon Trees—poppy, riffy and with a hell of a lot of singing. High energy, dancy beats and screaming solos are the highlights of this album, and if you’re looking for music that will make you want to sing and dance along, then I strongly recommend checking out Two Voices.

Two Voices contains the kind of music which rests somewhere on the line between rock and pop. Drums, bass, vocals and guitar—a classic rock ensemble—are the essence of Noble Bodies. However, a reliance on vocal harmonies, danceable verses and short, high energy solos keeps the band sounding poppy and radio-worthy. Things jump over the deep end with some heavy screaming in “Release,” but before long, “Wants/Needs” dials back the energy back down with reverberant, stringy verses and the two lead vocalists trading lines and harmonizing.

Noble Bodies play clean, straight-ahead songs—the kind of songs you’d expect Weezer to come up with. They are songs full of tight transitions, plenty of singing and not an ounce of distortion to muddy the mix. If that weren’t enough, the production quality on Two Voices is top-notch. The mix is thick, but each instrument and voice comes through crystal clear. The dynamic range of the album is pleasantly wide, providing each song with a a distinct silhouette while simultaneously departing from the excessively normalized dynamics common in similar music. In short, Two Voices has been polished to a shine.

Tight transitions, a strong pulse and a drummer who can sing her heart out while she plays—what’s more to want? Through the rollercoaster of energy that Noble Bodies have provided on Two Voices, it’s clear that they’ve learned to control and polish their sound. Check out the album on any of your favorite services, and keep an eye on the band’s website for upcoming gigs! –Alex Blackburn