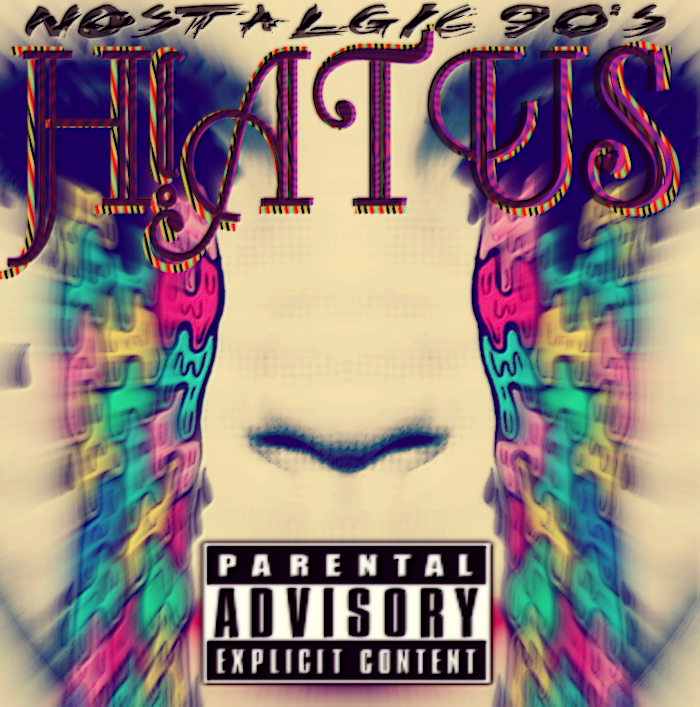 Emcees APaullo and LaneCobain of Nostalgic90’s are making big waves in the Salt Lake City hip-hop scene with the release of their EP, Hiatus. Nostalgic90’s describe themselves as “just two young ’90s babies bringing you our craft we were influenced and given to share with the world.” This statement definitely rings true for the work that the hip-hop group makes. Hiatus is a collaborative effort, featuring tracks that are self-mixed and produced by each member of the group. Nostalgic90’s are able to combine old and new hip-hop styles and sounds in their EP, a perfect ode to the music they grew up on.

Many songs on Hiatus are modern sounding, but Nostalgic90’s prove they have the lyrical prowess of hip-hop pioneers. In the track “BiLL6URRAY” they rap, “Catch me in the basement trying to bring Frankenstein to life / Barrel to the face never blink twice.” The song is playful at times, as is the rest of the album, but Nostalgic90’s are also unafraid to rap about their lives and tribulations. Most of the lyrics on Hiatus deal with working hard and achieving one’s goals. “Chase My Dreams,” sounds almost like a Kendrick Lamar song, where Nostalgic90’s reflects on the importance of drive and discipline. They rap, “Money on my mind, jokers stress my brain / I can’t waste no time, every second make this change.”

The production on the album is strong and cohesive. Songs like “B3LLS” are certified bangers, using strong bass beats and catchy samples throughout. Other tracks like “S.W.A.N.” are more low-key and dreamy sounding, but there are similar samples used in every track, which makes the beats on Hiatus stick together well. The mixing on the album is a little uneven, with slightly different levels used in different songs. However, this does not take away from the overall production value nor sounds of the vocals. For a self-released and independently produced EP, Nostalgic90’s has done very well with their engineering. Give Hiatus a listen and stay tuned for more releases from Nostalgic90’s. This is only the beginning for this Salt Lake based group. –Taylor Hartman