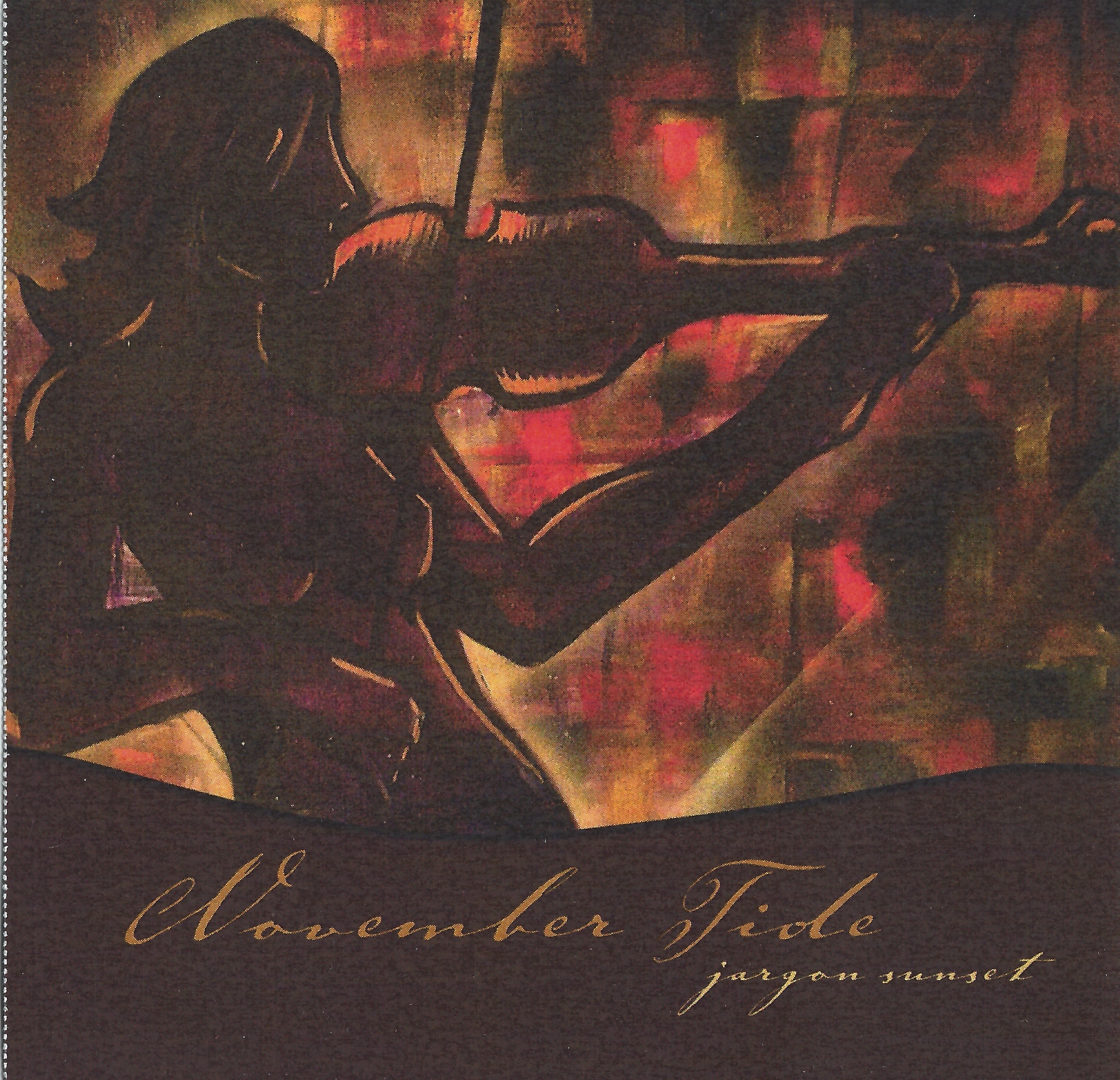 It's amazing the variety of projects Chris Alvarado takes on, from the black industrial of 23 Extacy to Twilight Transmissions to Roses & Exile to now, the delicate, mellow tracings of November Tide. Lying underneath the multiple layers of swaying, swelling keyboards and acoustic guitar is an element of danger, though. This is the music that should be played at huge honorary festivals in an Ursula LeGuin book soaked with mysticism and a bit of magic but strange and alien, the stuff of fantasy. November Tide transports you to a planet where a different culture reigns, a Ladyhawk type of ancient yet timeless primitivity. The synth string additions add a cool touch throughout the album, but most especially on "Flores Negras," which is my favorite track (Chris sings in Spanish on it).