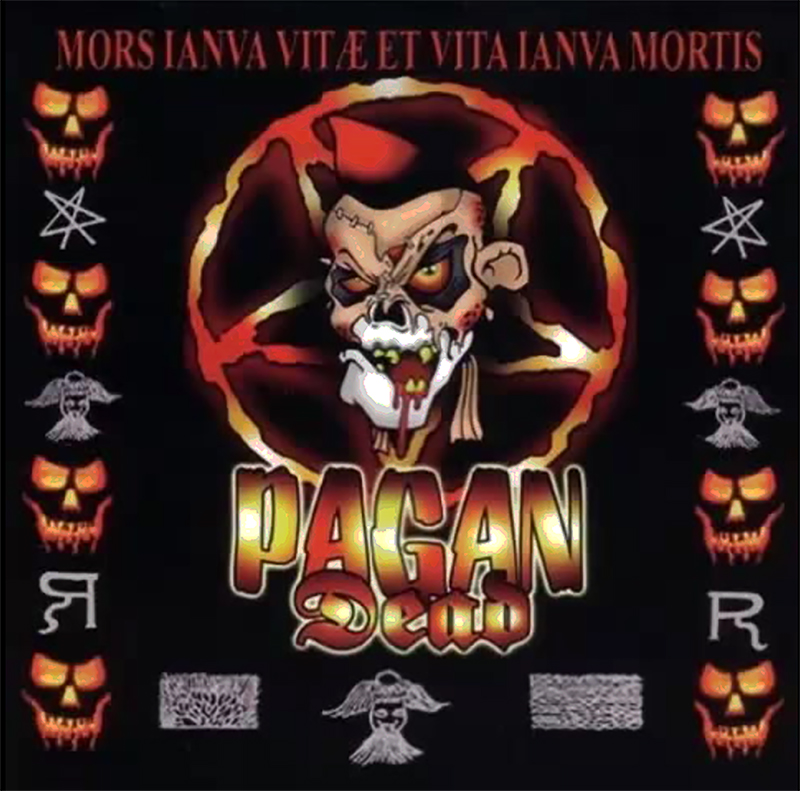 When I first received a copy of Pagan Dead’s debut album, I was a little leery, thinking, “Rockabilly? Next!” But after giving it a chance, I was instantly hooked! Relentless drumming by Jodie Hecate, demonic guitars by Jessie Demonio (no longer in the band) and the upright bass slapping and plucking from “Pagan” Patrick Muerto, all evilly complemented by his demonic vocals. Lyrically Pagan Dead is very similar to the Misfits and Samhain, concerning themselves with Christians, witches and other deviousness. The black-hearted humor and Halloweenish feel make this a must-have for anyone who sported a devilock in the late 80s.