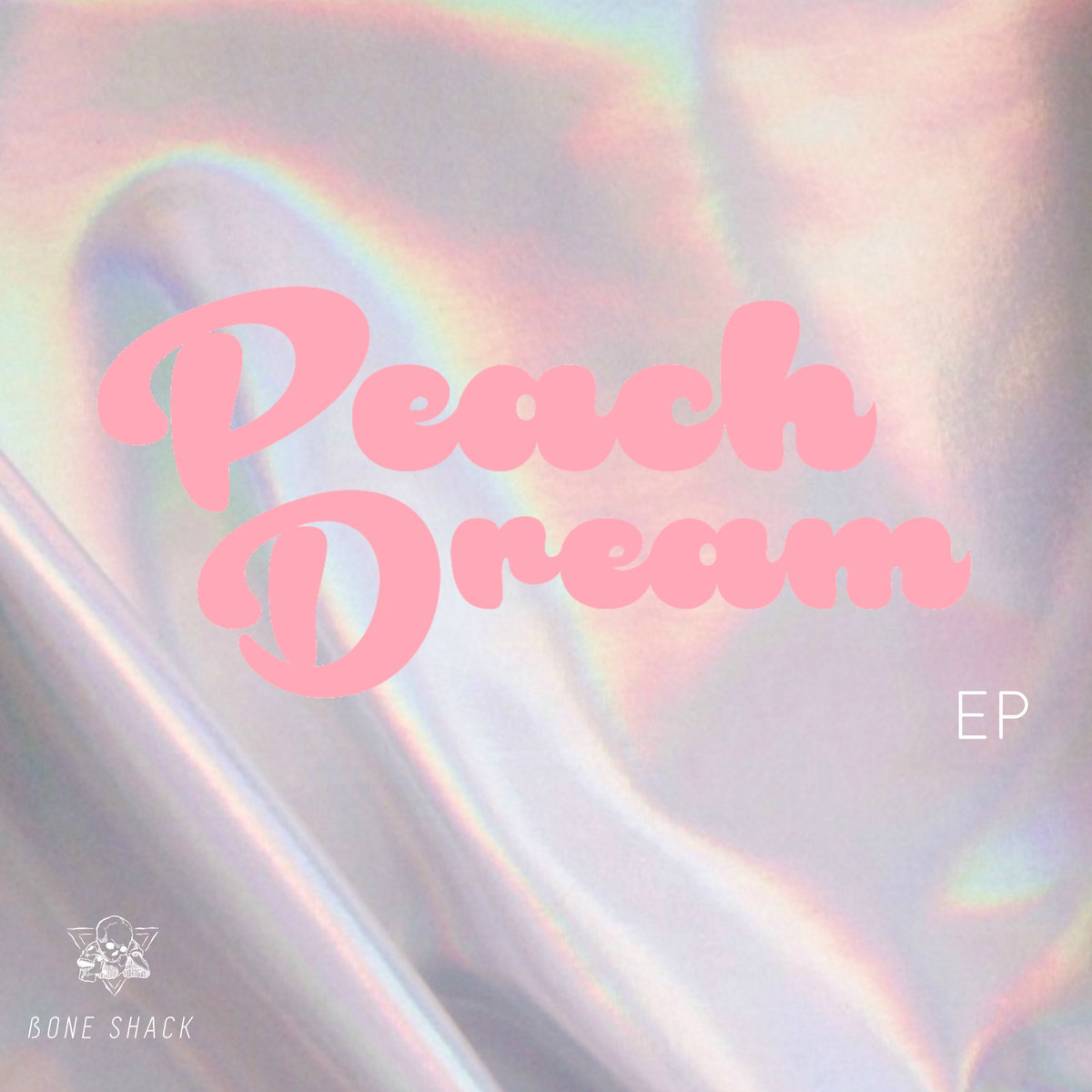 Provo-based band Peach Dream got their start during 2016’s MedusaFest, hosted at Studio Studio Dada, which scrambled entrants into random bands, giving each a set time limit to create a handful of songs to perform at the fest. Peach Dream were one of these bands, and I remember poking my head above the heads of the many people packed into the small basement studio and listening to the first track on this EP, “Casionova.” Over a year later, I remember the chorus: “You never were my Casionova, just an asshole in disguise / I only want you cause it’s over,” which I think is a pretty good indication of their catchy songwriting. The song starts out with the lyric, “I’ll sell my car / Move to Miami,” accompanied by a growly guitar, both of which deliver a vision of the too-cool and over-it Peach Dreamers boredly jamming on a scorching beach in, well, Miami. This vibe and the melodic progression of the guitar and punchy drums roll through four minutes and 26 seconds as Shelly Rose sings a tale of journeying past disappointing lovers and letting them keep your earrings and favorite shirt.

The other two songs that make up the three-song EP are “Over U” and “Sagebrush,” which clock in closer to the two-minute mark and convey similarly sunny dispositions. There’s a little distant synth on “Over U,” which whirs happily behind Paula Bravo‘s vocals (band members Bravo, Rose, Sarita Ford and Emma Lynn take turns on vocals and backups). These vocals by Bravo and the accompanying loosely jangling guitar remind me of Bleached’s earlier, more lighthearted and super-catchy songs. This EP is definitely channeling the scrappy, straightforward and charmingly angsty themes and sounds of other pop-infused punk bands such as Bleached and Tacocat. In “Sagebrush,” Rose sings, “Someone fucking euthanize me” to blast into the drum-driven song with its twiddling, commercial-jangle-like guitar part, and later sings, “I wanna feel like a bushel of sagebrush in July / I wanna die for something good.” All three songs work with feelings of restlessness and disappointment in love, and they deliver them with a side of shaved ice and sunglasses to shade your eyes from the sun and ex-lovers. All in all, this EP is not only a light dose of fun to improve a shitty day, but it also sounds like something Peach Dream worked hard to perfect. I hope to see what this same creative energy yields in their certainly charmed future. –Erin Moore

Editor’s Note: The original version of this article incorrectly listed the vocalist for the song “Over U.” The changes have been amended.