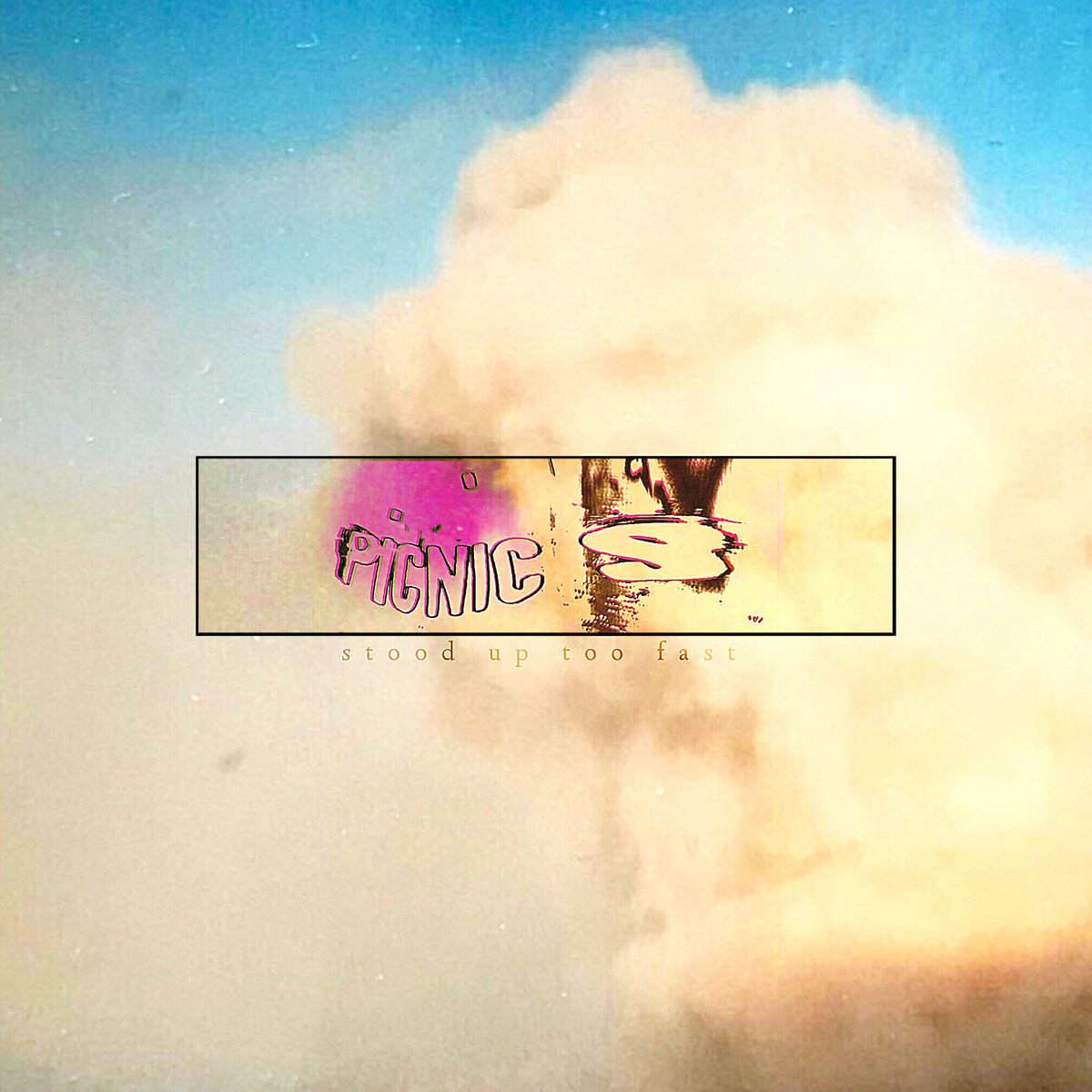 picnics | stood up too fast | Self-Relesaed

picnics
stood up too fast

Many of picnics’ surface-level traits—lead vocalist chazz‘s prototypically thick American accent, the way the group delivers gutting metaphors-turned-emotional-exegeses like “I am a broken record / Everything I’ve ever said / I’ve said before / I will say again” (on “again”) with biting diction and slurred affectations, their soaring guitar-led breakdowns that ooze romantic bombast—point toward the hallmarks by-the-books pop emo. But on stood up too fast, something darker, stranger and more mangled beneath lies beneath these sonic signposts. There’s a totalizing distortion and dissonance running through the whole thing, turning confessional odes into surreal story streams buried in a wash of ethereal noise.

As a carriage toward this drug/dream-land, these songs eschew any sort of traditional strucutres in favor of winding, linear progressions. picnics’ instrumentals mirror the tumultuous emotions of their narrators, feeling unsure and volatile, prone to sudden shifts and unexpected jolts. The opening verse on “so green” starts up and sputters back down to near collapse, displaying the real-time alternation between pastel nostalgia and azure regret: “I miss the old place / I’ll talk to your old face / I felt the broken change / Always have you to thank,” chazz sings. When the track explodes into roaring noise, the bleeding clatter feels like a sort of unholy moment of stasis fueled by vitriolic passion. “feel better” rides along arrhythmic bursts of guitar noise set atop a noise wall teething with breathy atmosphere, providing the album’s most unsettled sonic collage.

The final two tracks on stood up two fast make up almost half of its run time, two tracks that paint more prolonged perturbations in comparison to the fleeting, hazy memory snippets that precede them. An updated version of picnics’ 2018 track “waste” closes the album in a revelatory bath of communal self-love, but the penultimate cut, “strawberry shampoo,” stands as picnics’ most affecting exploration of these noisy organisms. Through plenty of accelerations and steady deflations, the trio build toward the track’s dual-vocal refrain, a swirling web of bright colors and haunting imagery delivered through chazz and tut‘s loosely phased vocals: “White streaks where my eyes should be;” “Dark streaks where my friends should be;” “Bright streaks should where my life should be;” “Red streaks where my wrists should be,” each one “mixing in with strawberry shampoo.” As the track rides out on twinkling guitar ambience, there’s a sense that, even if picnics haven’t found full release, they’ve found momentary respite in the deliverance of their inner turmoil. –Audrey Lockie