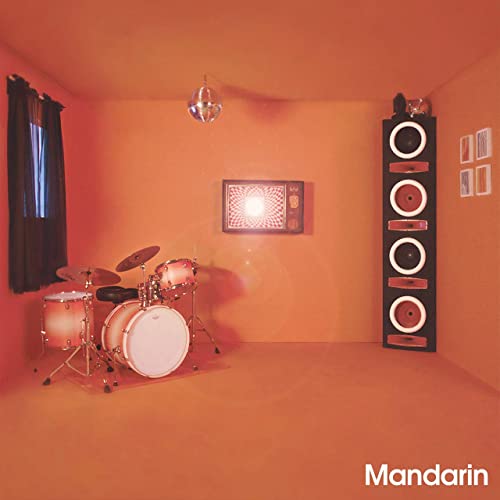 Mandarin, the debut album from alt-rock duo Red Checker, is exceptional. After having listened to the album, I looked into the band and was stunned that there were only two of them. Their sound is rich and layered, much like the bands they appear to be influenced by. I feel a real ’90s, early-2000s vibe here. There is grunge, a bit of garage rock and a whole host of other bits and pieces from that era.

The album begins with the title track, a riff-laden goldmine filled with darkly toned crooning reminiscent of David Bazan. Red Checker’s singer and guitar player, Brigham Pierpont, really sets the stage for what is in store by pouring it all out in the beginning. It’s all there, all on the table, and it is really interesting how the two of them pick it up and blend it together in different ways as the album progresses.

There are a lot of sounds, a lot of feels here. Red Checker can bring it—they’re loud, fast and incessant, while also being able to draw out different emotions and connections by slowing it down, making one think they had also turned the volume dial to the left when they had not. “Take It Slow” is my favorite such track on the album. It’s odd, but I am taken back to old Coldplay mixed with some angsty Julian Casablancas on that one.

I really enjoyed the tones and pulses put in place by the drummer, Jack Vitek. He seems able to match Pierpont’s emotions and play to them, beat for beat and in sync on a level only they know. I particularly found this to be the case on “Do I Even Want to Go?” I get the picture that there is a lot there, beneath the surface, from both what went into that track and for the whole album for that matter.

I have read that Red Checker plays a great live set, that their energy is huge and contagious. I believe it based on Mandarin. I only wish that other contagious things in our world today would be less so, then I could see for myself. –Billy Swartzfager